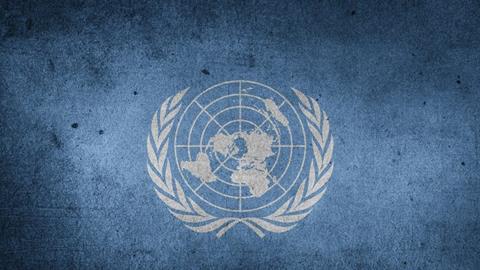 The system under which banks report suspicious activity has uncovered “very few” instances of money laundering, corruption or other financial crimes, a United Nations (UN) panel report has said.

The UN High Level Panel on International Financial Accountability Transparency and Integrity (FATFI), set up earlier this year to explore actions to tackle financial crime, made the warning in its first interim report.

The FATFI report said: “Even in the European Union, with some of the highest capacity for monitoring and investigation, authorities use, on average just over 10 per cent of [suspicious activity] reports submitted, a percentage that has not changed since 2006.”

It also cited other failures with the SAR system, including “perverse incentives leading to excessive and defensive filing of low-quality reports; a lack of communication between agencies that receive the reports and investigators who should act on them; the status of reports as intelligence rather than admissible evidence; and uninformative reporting through inadequate customer due diligence.”

SARs, which are made by financial institutions to government bodies, are currently in the spotlight due to the recent FinCEN Files.  Leaked documents revealed $2 trillion of payments moved through banks between 1999 and 2017 in transactions flagged in SARs. Experts have since told FinCrime Report that rules inhibiting the sharing of SARs information across borders may be inhibiting their effectiveness, while others have pointed difficulties posed by the sheer volume of reports filed.

The FATFI report also pointed to other problems in systems for tackling financial crime, including gaps which mean real estate agents and commodity trading firms in some jurisdictions are not subject to anti-money laundering rules, while designated non-financial business and professions are not supervised. The report also cites a lack of political attention, lack of capacity of regulators, abuse of legal professional privilege by law firms and issues with information-sharing among the many vulnerabilities that could be allowing financial crime to flourish.

The report cited data from 2011 showing the global economy suffers a cost of around $1.6 trillion a year due to money laundering, equivalent to 2.7% of global GDP.

FATFI warns there are no “silver bullets or single measures” for improving financial accountability, transparency and integrity.

It will now work on some recommendations in four broad areas; cross-cutting issues (such as governance, capacity , systems thinking); Co-operation in tax matters; accountability, public reporting and anti-corruption and international co-operation and settling disputes. FATFI will publish detailed recommendations in its final report due in February 2021.

From Fighting Financial Crime in a Changed World to the Future of Organised Crime, FinCrime World Forum explored the challenges and issues prominent in today’s financial crime landscape. You can access all 11 presentations and panel discussions, by registering for access to our FinCrime World Forum platform below.