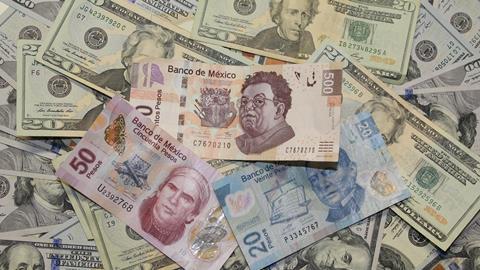 Three US real estate companies have agreed to forfeit $50m to settle claims they accepted proceeds from drug trafficking laundered through a notorious underground currency exchange.

Audrey Strauss, the Acting Manhattan US Attorney, announced that Sefira Capital and 31 subsidiaries have agreed to forfeit £29 million previously seized and $6.5million in “lieu of the forfeiture of certain real estate interests”.

Two other companies, Hampus Assets, Inc and Kaunas Assets Corp. also agreed to forfeit a combined $22.5million in connection with their acceptance of millions of dollars of narcotics proceeds laundered through the Black Market Peso Exchange.

The Black Market Peso Exchange is used by criminal organisations to move proceeds from drug trafficking out of the US, and into countries such as Colombia and Mexico, while concealing the true nature of their funds.  The drug cartels exchange their ‘dirty’ US dollars for ‘clean’ Pesos from money traders paid in their home country, via an agent. These money traders acquire their Pesos by selling goods acquired with the US dollars to legitimate importers.

The money laundering by Sefira was uncovered in an undercover Drug Enforcement Administration (DEA) operation.

Confidential sources bought narcotics proceeds on the Black Market Peso Exchange and then transferred them to certain Sefira subsdiaries at the instruction of money-laundering brokers.

These funds were wired from DEA undercover accounts that were not titled in the name of, or under the control of, any particular Sefira Investor. Sefira accepted these funds without inquiring as to the source of ownership of these accounts or funds, said the Department of Justice (DoJ).

Between July 2018 and February 2019, Hampus Assets received millions of dollars from a shell company used to transfer narcotics proceeds on the Black Market Peso Exchange.  These deposits “came in large amounts in rapid succession and did not follow an observable business pattern”, said the DoJ.  In October 2018, Hampus Assets transferred a portion of these proceeds to Kaunas Assets Corp.

Audrey Strauss, Acting Manhattan US Attorney,  said:  “The Black Market Peso Exchange facilitates the laundering of vast sums of drug trafficking proceeds generated in the U.S., enabling the conversion of U.S. dollars into the currencies of drug trafficking organizations’ countries.

“The forfeiture filings announced today signal not only the surrender of more than $50 million in laundered proceeds, but also the agreement of corporate defendants to exercise due diligence to ensure they are not assisting in or facilitating money laundering.”

Timothy J Shea, Acting Administrator at the DEA, said:  “The alleged laundering of millions of dollars of illicit proceeds shows the incredible profit generated by ruthless drug cartels who only care about money and power, not the suffering of Americans or devastated communities left behind.