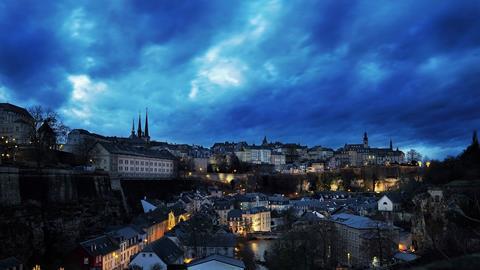 The Luxembourg government has sought to counter allegations that the country is a haven for money laundering and tax evasion, following a damning report by journalists.

The ‘Open Lux’ investigation, involving newspapers Süddeutsche Zeitung and Le Monde in Paris and the Organised Crime and Corruption Reporting Project, concluded that Luxembourg is an “opaque jurisdiction” where disclosure rules can be circumvented and sanctions rarely enforced.

The research, based on analysis of beneficial ownership details for 124,000 companies registered in Luxembourg, said: “Dozens of foreign citizens linked to corruption, embezzlement of public funds, organized crime, and tax crime have opened companies in Luxembourg, seemingly without raising red flags, suggesting a failure in the regulation of the corporate industry”.

It called Luxembourg the “offshore hub in the heart of Europe” and said barely half of Luxembourg companies have declared at least one ultimate beneficial owner one year on from the creation of a new register.

The report was critical of the new beneficial ownership register, saying that it only allows the public to search by company name, not by individual. Under the ‘Open Lux’ project these records were scraped and opened up to allow journalists around the world to see details of the owners.

Responding to the reports, the Luxembourg government defended its record on combatting tax evasion and money laundering.

In a statement it said Luxembourg continuously assesses and updates its supervisory architecture and applies all regulations including the recommendations of the Financial Action Task Force.

It said it has increased the workforce of the Commission de Surveillance du Secteur Financier by 46% in three years and was one of the first coutnreis to set up a register of beneficial owners.

“Since the country respects and has implemented all applicable European and international rules and standards in tax transparency, combating tax abuse and combating money laundering and terrorist financing - and even goes to - beyond these demands - Luxembourg rejects the assertions contained in this series of articles as well as the totally unjustified representation of the country and its economy”, the spokesperson said.

The Financial Action Task Force has not evaluated Luxembourg for several years. In 2014 FATF said the country had made several improvements to address deficiencies. FATF said Luxembourg reinforced its legal framework for AML and Counter Terrorist Financing, addressed the deficiencies of the terrorist financing offence and introducing criminal liability for legal persons.

Who owns companies in Luxembourg?