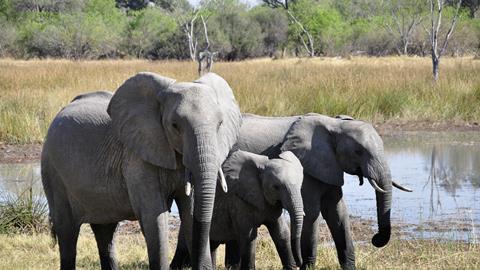 What role can a bank in London play in protecting a herd of elephants in Botswana’s Okavango Delta? While the connection may seem tenuous, the tools banks have to protect their customers and monitor for financial fraud can be used to fight the illicit wildlife animal trade – and they need to put them to use.

Although the market pales compared to the vast sums moved in the drug space, it’s still the fourth most lucrative crime, valued at approximately $27m per year. Millions of dollars are made at the cost of our natural environment and the economical longevity of the affected countries and regions.

There is no questioning the global scale of this problem. Most news articles detail poaching in Africa and Asia and how wildlife is sold in East-Asia, but Europe and the US both play major roles in the operation.

Glass eels are smuggled out of the US for millions of dollars every year, the European fashion industry accounts for 96% of the trade in python skins, and the continent is also an active transition point between Asia and Africa.

The security measures banks have in place can stop all of this and it is an obligation they must adopt. The responsibilities that financial services have to detect and fight money laundering also apply to illegal wildlife trafficking (IWT).

They may identify unusual spending behaviour coupled with the vicinity to high-risk areas for IWT. Alternative payment providers such as mobile money companies might be able to incorporate geodata from cell phones to uncover suspicious behaviour.

Banks should familiarise themselves with the following information: