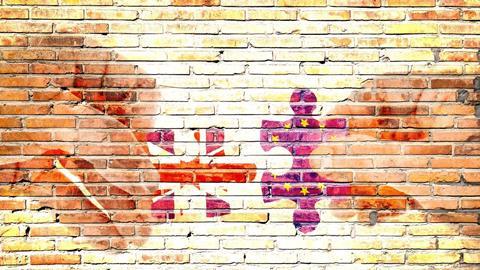 At the eleventh hour, the European Union and the United Kingdom have signed an agreement that, among other things, continues cooperation on financial crime. But how does its effectiveness compare to what it replaces? asks John Binns

Freedom… but to do what?

In a sadly dated scene from Monty Python’s Life of Brian, Eric Idle’s character, Loretta, stridently demands her freedom to have babies, notwithstanding her complete inability to exercise that freedom in practice. It’s tempting to view the UK’s position on Brexit in a similar light: now that it has these freedoms it so loudly craved for years, what is it going to do with them?

The position is particularly puzzling from the perspective of financial crime, which of course straddles the EU’s competencies in financial services – in the form of its now manifold Money Laundering Directives (MLDs) – and ‘internal security’. Having negotiated opt-outs from EU measures in the latter category, notably the European Arrest Warrant (EAW), the UK promptly opted back into most of them (thanks to the arguments of, among others, a Home Secretary named Theresa May).

The ‘gains’ from the Trade and Cooperation Agreement (‘TCA’)

The upshot of the Brexit process (thanks, in part, to the ‘red lines’ espoused by Mrs May as prime minister) is a TCA that, broadly speaking, ditches the free movement of labour and services between the EU and Great Britain, as well as – crucially, where financial crime is concerned – the jurisdiction of the Court of Justice of the EU (CJEU) over the UK, and any binding cooperation on foreign policy measures such as sanctions.

What has the UK gained from this significant step, from the particular perspective at the fight against financial crime? Aside from the ability to refuse entry to EU nationals who might otherwise commit it on our soil, it is hard to see anything of substance. As the TCA has already made clear, its freedoms to depart from the EAW, to diverge from the MLDs and the General Data Protection Regulation (GDPR), and to renounce the European Convention on Human Rights (ECHR), are essentially worthless in practice. Worse, we have lost a great deal more along the way.

So – what does the TCA say on these topics? In very broad terms, it covers:

Under each of these headings, the TCA amounts to a watering-down of the cooperation that had existed before, when the UK was an EU member.

The role of data and human rights

In assessing the effectiveness of the TCA on these topics, the importance of data is crucial. From the perspective of law enforcement, the interests of both the EU and the UK are in continuing to share data as much as possible. And yet, while the TCA contemplates the UK’s continued access (and input) to some databases, others – including the vital SIS II – are excluded, meaning that the UK will fall back on to lesser and slower systems.

Even from the perspective of data subjects’ rights, this is hard to explain, as pending an EU decision on the adequacy of its data protection laws, the UK has committed to continued enforcement of the GDPR. Similarly, any fears for the protection of the rights of suspects and subjects of ‘surrender’ procedures should arguably be quelled by the UK’s commitment to the ECHR.

Crucially, however, the enforcement of these rights will no longer be through the CJEU, and the TCA’s provisions on suspending or terminating measures due to non-compliance – deliberately a political rather than a judicial process – are something of a blunt instrument. Hence, the watering-down of these measures, with its undoubted cost in terms of effectiveness of law enforcement, is a price the UK has paid for excluding CJEU jurisdiction.

The prospect of divergence

By signing up to AML and CTF commitments in the TCA, meanwhile, the UK has given up some, though not all, of its freedom to depart from the MLDs that are in force at present.

Though this leaves open the prospect of future divergence on the detail – and, importantly, decouples the UK from EU efforts to centralise AML enforcement – it is notably separate from the question of whether the UK’s financial services will continue to be recognised as ‘equivalent’ to the EU’s, to which AML standards will surely be an important factor.

Finally, the lack of any formal commitment to continued EU/UK cooperation on the subject of sanctions may also have an impact on financial crime measures. As each party pursues its separate path on sanctions, including against those suspected of misappropriating state funds, the risks are twofold: first, that affected businesses will find it harder to comply; and second, that the signalling and deterrent effects are lessened when Europe ceases to speak with one voice.

A glimmer of hope

The overall impression of these impacts, from a financial crime point of view, is, therefore, gloomy. Perhaps the best that can be said is that, while the barriers to closer cooperation are far from trivial, the clear advantages to law enforcement of going beyond the terms of the TCA make it likely that we will, in time, start to do so – when, perhaps, the UK sees that staying in lockstep with the GDPR, MLDs, or EU sanctions is in its interests after all.

Indeed, by devising a mechanism for third states to work so closely with the EU on criminal justice, without having to commit to free movement, CJEU jurisdiction, or other supposed ‘downsides’ of membership, the TCA may have set a useful precedent for other countries to follow in future. Time will tell whether others seek to follow the UK’s example.