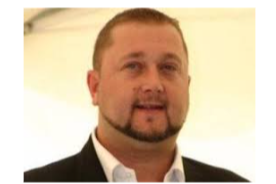 Chad was previously the GM of Stallion Investigations, a division of Stallion Security. Prior to that, Chad was employed as head of investigations for BoE Private Bank (insurance and FG division), and before that head of security at Standard Bank Property Fund Managers.

Chad served in an investigation and intelligence capacity in the permanent force of the South African National Defence Force until the end of 1994. Chad is a 30 year veteran of law enforcement in South Africa. He is the recipient of the security industry’s 2019 bravery award, as well the security industry gold medal for bravery awarded in 1998. He was nominated for the Mail & Guardian Driver’s of Change Award.

Chad was the host of the radio show “Corruption Busters” which won the Best Daytime Radio Show (Community) in South Africa award in 2017; and is currently the host of the actuality radio show “Confidential Brief” on ChaiFM. Chad is a regular organised crime commentator on television news and in the print media.

Roundtable: A look at the key Fraud Trends for financial institutions in South Africa 2022 and understanding the role Behavioural Biometrics play in the mitigation of these threats