International Women’s Day and why diversity is good business

International Women’s Day highlights the achievements of women, but diversity as a whole is not just right for moral reasons. It is good business. 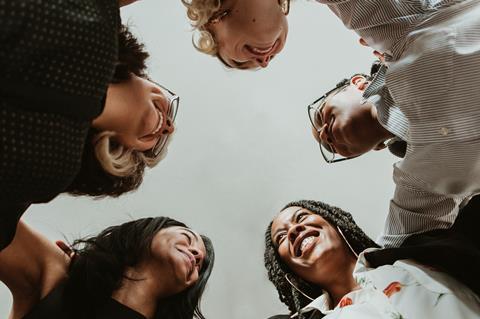 Darwin himself believed in collaboration— in his book The Descent of Man, he argued that a tribe of moral men working together would outcompete a tribe of fiercely competitive men, and in this way, evolution would favour morality. In other words, the less competitive tribes were more competitive— if you see what I mean.

But there is nuance — especially when we bring women into the story.

In a famous experiment, William Muir tried to breed super chickens. He took a chicken farm — hopefully, one that encouraged free-range chickens, and took the chickens that were best at laying eggs and put them in a group. So this was your group of super chickens, the Captain Americas and Clark Kents of chickens.

Margaret Heffernan told the story beautifully in her TED talk.

She went on to describe work from researchers at MIT. They brought together hundreds of volunteers, divided them into groups and set them hard problems.

The results are surprising and bring us back to the issue of gender equality. The most successful groups at solving the problems set were not made up of people with the higher IQs. Instead, the successful groups had three characteristics:

So that’s reason number one for employing more women, studies show that teams consisting of more women are more effective.

It is not just about applying fair selection procedures

So a glib answer to the issue of recruitment is to select people from CVs in which the gender of the applicant is neutral.

Using technology, you could take that a step further and dive into the Metaverse and interview someone avatar to avatar, voice disguised, no idea of the gender.

But that misses the point.

Having gender equality is not just about ensuring you pick the best possible people; diversity creates results.

In a way, it is the antidote to groupthink.

History shows that groups of like-minded people make mistakes — a lesson that goes back forever. It was a lesson that President John F Kennedy didn’t learn when he encouraged a covert operation to try and create a popular uprising in Cuba. Alas, the President surrounded himself with men who agreed with each other. The resulting venture, known as the Bay of Pigs, moved JFK to introspectively ask: “How could I have been so stupid?”

Right now, as my fingers press the keys that form this article, a man is paying the price for not understanding this lesson.

I believe Putin genuinely believed the Ukrainian people would rise up in support of his invading army.

I am not saying that if there had been more women in Putin’s close team of advisors in the build-up to this crisis, the Ukrainian invasion wouldn’t have happened, but if his advisors and close allies had been more diverse, his initial ideas that led to the narrative in his head that led to this invasion might never have gained traction.

And it is not just about gender or racial diversity.

Look at the story of companies that fell victim to disruptive technology, and one lesson is that they didn’t listen to the techies.

But that is no good in itself — a diverse team must listen to all of its members; diversity of business backgrounds does not work if the engineer is shy or less articulate than the rest of the team and no one allows them to shine.

Add to the mix true diversity, then the result is potentially superior still — but such a team needs to be embedded in a culture that provides equal weight to all people — and listens to the members that are by their very nature less persuasive.

→ SEE ALSO: ESG and company culture and ESG by design

Dana Hanby from ESG Nexus told us that International Women’s Day “highlights an important message that despite the great improvement, we still have lots to do to reach ‘gender parity – and it is a very complex process… I feel that the very fact that we have ‘IWD’, but not say Men’s Day, tells us that we haven’t reached our destination as yet….”

And our destination does indeed remain elusive, but remember, diversity isn’t just about ensuring the right people work in the right areas; diverse teams are better.

GRC World Forums will be holding two Women in GRC Summits to celebrate the women who are leading the way in data protection and other governance, risk and compliance fields.

The Women in GRC summit will bring together women from throughout the GRC sector to share their advice, insights and experience—and will recognise those women who are blazing a trail for their peers.