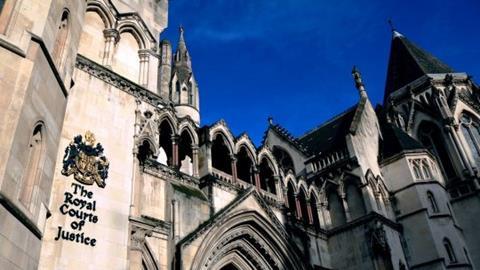 What is the future for the UK’s Unexplained Wealth Orders?

A UK court case earlier this year saw a reversal for the National Crime Agency in an unsuccessful attempt to use Unexplained Wealth Orders to force a suspect to reveal the source of funds. John Binns and Michael Drury explain what this means for the future of UWOs and for reporting bodies.

The UK’s National Crime Agency (NCA) has suffered a serious reversal in the High Court declining to issue Unexplained Wealth Orders (UWOs) and criticising the NCA’s approach in the case of NCA v Baker. The case illustrates the complex issues involved in working with the Proceeds of Crime Act 2002 (POCA) and may prove a decisive moment in the NCA’s strategy to pursue assets it regards as ‘suspicious’.

By way of background, a UWO is not an end in itself.

Its purpose is to support the scheme of civil recovery under POCA, by which assets can be frozen and forfeited if the High Court finds, on the balance of probabilities, that they represent the proceeds of ‘unlawful conduct’.

This contrasts with the money laundering provisions of POCA, by which a person can be convicted if a jury is satisfied that they have dealt with the proceeds of ‘criminal conduct’ and where they know or suspect that this is so.

One way of proving that such conduct occurred is to invite an ‘irresistible inference’ from the way the property, said to represent the proceeds of crime, was handled.

In the context of the reporting obligations of the regulated sector under POCA, this idea of drawing inferences from the way property is handled – for instance, in the use of complex offshore structures – will resonate for those applying the test of whether there are ‘reasonable grounds for suspecting’ that a person is money laundering.

In the context of investigative powers under POCA, including UWOs, that same test of ‘reasonable grounds for suspecting’ is applied, for instance where the High Court considers the sufficiency of a respondent’s ‘lawfully obtained income’ to have obtained a property under UK investigation, and his involvement in or connection with ‘serious crime’.

How, then, did the NCA come to overreach itself in this case? Part of the answer is in the nature of the respondents it chose to target.

The idea was clearly that Mr Baker and the other respondents had information that might assist the NCA to investigate the properties, which it suspected were vehicles acquired by relatives of a deceased Kazakh official, Rakhat Aliyev, to launder the proceeds of corruption offences.

But the targeting of Mr Baker himself gave the NCA the additional hurdle of showing that he was a ‘holder’ of the property, which it was unable to do.

The other, and perhaps, principal, reason for its failure lay simply in the quality of the evidence available to the NCA, and especially of its analysis of that evidence and the seemingly unsupportable inferences it sought to draw from it.

Borrowing, from the context of proving money laundering offences and  the concept of an ‘irresistible inference’ from the way that property is handled, the NCA suggested that the use of complex offshore structures gave rise to such an inference in this case. The High Court was strongly critical of this approach.

Importantly, in advance of the hearing the respondents provided the NCA with various material that they said was relevant to the questions about the sufficiency of ‘lawfully obtained income’, and about the reasonableness of inferring that the properties represented the proceeds of unlawful conduct.

The NCA was dismissive of that material, but the High Court held that it had failed to analyse it properly.

Lessons for the reporting sector

These points should also provide some food for thought for the diligent reporter in the regulated sector, who may be used to applying the test of ‘reasonable grounds for suspecting’ in a different way.

Would such a reporter be able to point to this judgment if asked to explain a failure to report, and say that the material available to him, there was no ‘irresistible inference’? Arguably, if such an inference is based on no more than the use of offshore structures, it is hard to see why not.

Conversely, what of the reporter who has a set of materials available to him that do give rise to ‘reasonable grounds’, but then receives more materials that may serve to undermine those grounds and change her view?

Is she obliged, as the NCA was in this case, to peruse and analyse the material properly before deciding whether a report is warranted? If that was the approach adopted, it is hard to see how she could properly be criticised for not reporting until that job was done.

What next for the NCA?

The scale of the NCA’s defeat in this case will surely have caught it on the back foot. Not only were the UWOs discharged at first instance, but leave to appeal was summarily refused, and the costs are said to be very substantial indeed.

Where potential respondents do not clearly fit the statutory criteria, or where they provide material that tends to undermine the reasonableness of any inferences or suspicions that might otherwise be drawn, one hopes it will in future take a less stubborn, more pragmatic approach. Certainly, that is the message the NCA has now been given by the courts.

by John Binns and Michael Drury, partners at BCL Solicitors LLP in London.