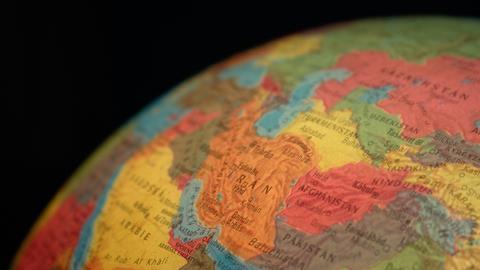 The United States has seized an Iranian oil tanker and is seeking a forfeiture order over alleged links to terrorist financing.

The US Department of Justice has filed a complaint in the District Court for the District of Colombia, alleging that all oil aboard a Liberian-flagged vessel named Achilleas is subject to forfeiture based on US laws.

The Achilleas, according to the complaint, carried out a ship-to-ship transfer in the Gulf of Oman near to the United Arab Emirates port of Fujairah. This, along with the use of falsified documents and other means, was intended to deceive the owners of the Achilleas into loading the oil, the complaint said. Iran is currently restricted under US sanctions from selling oil internationally.

The Justice Department said the Achilleas left the Gulf of Oman with two million barrels of light crude oil reporting its destination as China. The ship reportedly completed its Atlantic crossing and is near South America, heading for US waters after the the owner of the tanker notified the authorities that it might have been tricked.

The US believes the ultimate beneficiary of the planned oil sale was the Islamic Revolutionary Guard Corps (IRGC) and the IRGC-Qods Force, both of which have been designated by the US as foreign terrorist organisations.

The documents allege that profits from oil sales support the IRGC’s full range of nefarious activities, including the proliferation of weapons of mass destruction and their means of delivery, support for terrorism, and a variety of human rights abuses, at home and abroad.

“The forfeiture complaint filed today serves as a reminder that the IRGC and IRGC-QF continue to exert significant control over the sale of Iranian oil,” said John C. Demers, Assistant Attorney General for the National Security Division.

“As we have demonstrated in the past, the department will deploy all tools at its disposal to ensure that the IRGC and IRGC-QF cannot use profits from the sale of Iranian oil to fund terrorism and other activities that threaten the safety and security of all Americans.”

The seizure is the first such action taken by the Joe Biden administration, which many commentators expect to soften relations towards Iran.

According to the Tehran Times, President Biden is examining ways of easing the economic pressure on Iran without lifting key sanctions, such as those on oil sales.

The Wall Street Journal recently reported that Tehran is increasingly finding ways of circumventing oil sanctions by shipping exports to China and other countries.