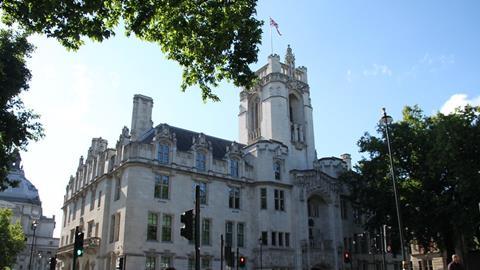 The United Kingdom’s Serious Fraud Office (SFO) has lost a court battle over whether it has the power to compel foreign businesses to hand over documents held overseas.

In a ruling that could have an impact into the cross-border investigation of financial crime, judges said they unanimously disagreed with a 2018 lower court ruling that “section 2” notices could have extra-territorial reach.

The SFO opened a bribery and corruption investigation into US engineering and construction company KBR’s British business in 2017. The SFO handed a notice under “section 2” of the Criminal Justice Act 1987 to a US executive of KBR during a meeting in Britain requesting information.

KBR later said the notice was issued beyond the SFO’s legal authority, because it sought material held outside the UK.

The earlier 2018 High Court decision held that the legislation allowed the SFO to require a foreign company to produce documents for an investigation where there was “a sufficient connection between the company and the jurisdiction.”

However the Supreme Court judges today ruled against this. The judgement said: “The presumption against extra-territorial effect clearly applies in this case because KBR Inc is not a UK company, and has never had a registered office or carried on business in the UK,” the court said.

“The presumption against extra-territorial effect clearly applies in this case because KBR Inc is not a UK company, and has never had a registered office or carried on business in the UK,” the court said.

Matthew Redhead, a financial crime researcher and writer, said: “This doesn’t make life any easier for the SFO, or other law enforcement bodies trying to investigate complex international cases, including HM Revenue & Customs and the National Crime Agency.”

Redhead added, however, that it will not make things “massively worse” as getting this kind of cross-border co-operation is not easy anyway.

David Savage, Partner and Head of Financial Crime at law firm Stewarts, said: “In a world where international investigations and multi-jurisdictional settlements are increasingly the norm it is to be expected that regulators and prosecutors are able to access evidence and documentation located overseas.

“However, there are systems and controls, checks and balances which enable such global co-operation to take place in a proportionate manner.

“In finding that the service of the section 2(3) notice by the SFO on an officer of a foreign company, who had been induced to come to the UK, was invalid, the Supreme Court has demonstrated that it is not willing to infer extra-territoriality into powers granted by Statute. This finding will be welcomed by both the legal and international business communities.”