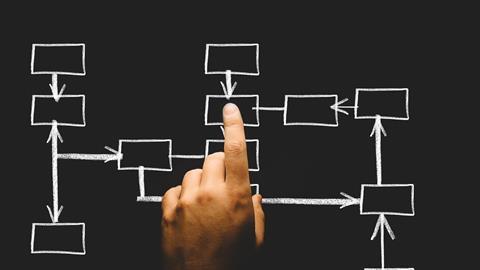 The United Kingdom’s National Crime Agency (NCA) is planning a crackdown on company formation agents in a bid to tackle money laundering.

The NCA is working with the Treasury to look at stricter regulation and greater enforcement, according to The Times newspaper. This followed the publication of review findings linking the laundering of Russian money in the UK to company formation agents.

Graeme Biggar, director general of the National Economic Crime Centre at the NCA, told parliament last month that about 100 Trust & Company Service Providers (TCSPs) create thousands of new companies each year. He said: “All those things can have legitimate purposes, but that is a real challenge and an area where, because of the risks, we need to focus more—not the same, and definitely not less—supervisory effort and criminal investigation effort.”

The government’s national risk assessment of money laundering, published in December, made frequent mention of the risks posed by TCSPs assisting in company formation. It said: “The UK continues to see a significant volume of Russian, or Russian-linked illicit finance channelled through the UK economy, through various regulated and unregulated sectors, including company formation and related professional services, as well as property.”

It said the UK’s company formation mechanisms are “regularly exploited” to move Russian-linked illicit finance into the country.

There are 23,400 Trust & Company Service Providers (TCSPs) in the UK who assist in company formation. Of these 72% are supervised by accountancy bodies, with the company formation agent services an “add-on” to their main accountancy services, the risk assessment said. A minority of TCSPs are regulated by HM Revenue & Customs. “The interlinking of TCSP services with other professional services is at high risk of being used to create complex legal structures,” it said.

An NCA spokesperson said: ”The TCSP sector often plays a key role in the establishment of complex corporate structures which are then abused by serious and organised criminals. In some, but not all, cases TCSPs may be complicit, or at least non-compliant with the Money Laundering Regulations.

”As noted by Graeme Biggar, we have been working with HM Treasury and other relevant stakeholders to develop a plan to drive down the risks associated with the TCSP sector. This work is still in its early stages and the issue is complex, as such we are exploring the full range of potential responses.”