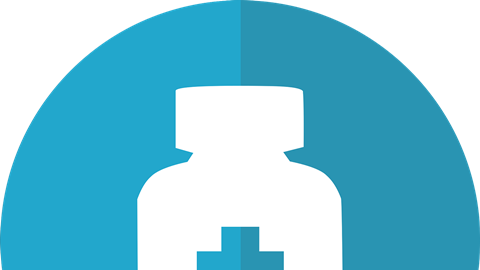 A record number of fake online pharmacies worldwide have been shut down in an operation targeting the sale of counterfeit and illicit medicines and medical products.

That is the highest number since the first of 14 operations conducted under the name Pangea since 2008.

The latest action also resulted in 277 arrests and seizure of around 9m medical devices and illicit pharmaceuticals worldwide. The potentially dangerous medicines are worth more than $23M (€19m), according to Interpol.

“Operation Pangea XIV also showed that criminals are continuing to cash in on the demand for personal protection and hygiene products generated by the Covid-19 pandemic,” the France-based organisation said.

Fake and unauthorised coronavirus testing kits accounted for more than half of all medical devices seized.

“Whilst some individuals were knowingly buying illicit medicines, many thousands of victims were unwittingly putting their health and potentially their lives at risk.”

The head of Interpol’s national central bureau in the Philippines, Allan Guisihan, added: “As crimes continue to evolve amidst the Covid-19 pandemic, the authorities must remain vigilant in dismantling criminal networks involved in the proliferation of illicit pharmaceutical products especially in online platforms.”

Among Operation Pangea XIV’s successes highlighted by Interpol were the seizure in Britain of around 3m fake medicines and devices worth more than $13m, removal of more than 3,100 advertising links for the illegal sale and supply of unlicensed medicines, and the shutdown of 43 websites.

In Venezuela, a man was arrested after he developed an e-commerce platform on WhatsApp to sell illicit medicines.

In Italy, authorities recovered more than 500,000 fake surgical masks as well as 35 industrial-scale machines used for production and packaging.

Overall, checks of around 710,000 packages led to the discovery of fake and illicit drugs hidden among clothes, jewellery, toys, food and baby products.

“Unauthorised and counterfeit medicines can be dangerous for a number of reasons. They may contain the wrong amount of active ingredient – too little, too much, or none at all – have altered expiration dates or been badly stored. This means they could be ineffective or contaminated.

“Raising public awareness of the potential dangers of buying medicines online was also part of Operation Pangea XIV,” it said.

The two events will run simultaneously and consist of 100s subject matter experts, industry leaders, visionaries and academics, who will participate in presentations, panel discussion and debates.

Register now and save your seat. This is something not to miss.