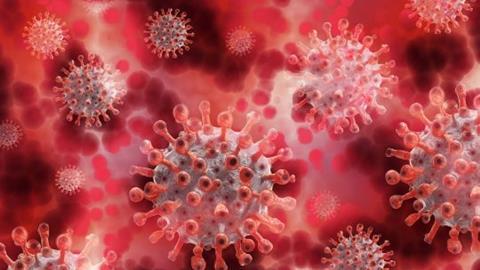 Remote working, the lockdown, government relief packages, restrictions of travel and greater digital use of financial services…The COVID-19 pandemic has led to drastic changes in the way we all live and work in a short space of time.

It has also led to increased threats as criminals look to exploit the crisis to launder money, commit fraud or fund terrorism, according to recent reports by Moneyval, the Financial Action Task Force (FATF), Europol and the United Nations among others.

Moneyval has identified several types of money laundering threat that have increased in Europe during the Covid-19 crisis, even as overall levels of crime have stabilised.

The Council of Europe’s anti-money laundering monitoring body, an FATF-style body which assesses 28 countries, has revealed the threats in the findings of a survey of its members. It follows a report by FATF looking at the initial increase in threats for AML and CFT globally in May.

First the good news. The Moneyval survey found the overall level of criminality remained stable or slightly decreased. It also said there was no reported increase in crimes related to drug trafficking, terrorist financing, abuse of non-profit organisations and insider trading.

However it also said some countries reported a “surge” in some crimes with transnational elements and highlighted categories of threat on the increase.

Here are some of the main types of fraud and money laundering threats on the rise:

With the huge demand for medical supplies and protective equipment it is perhaps not surprising that criminals have sought to exploit this. The Moneyval report noted that “almost all jurisdictions” have reported increased cases of fraud in this area. This includes cases where items were not supplied following payment online, or where counterfeited produces were shipped. The Moneyval report said: “While perpetrators use different modalities to commit such crimes, some common features could be seen such as the frequent involvement of foreign legal entities (especially from East Asia) and scamming websites (fake duplications of honest on-line shopping platforms).

FATF said: “There is a significant increase in online scams involving certain medical supplies, personal protective equipment and pharmaceutical products. In such cases, the suspects claim to be employees of businesses, charities, and international organisations offering masks, testing kits and other products, and request credit card information for payment or a shipping fees but never deliver the goods.” FATF notes that such scams target individuals as well as businesses.

Opportunities for deception and the supply of low quality or counterfeit goods have also been created by some jurisdictions’ decision to reduce public procurement rules during the pandemic, Moneyval notes.

Governments have responded to the pandemic by introducing packages of economic relief to help individuals and business, including vouchers, bank transfers to citizens and the introduction of measures such as tax incentives, interest-free loans and grants to help companies maintain employment. This has led to opportunities for criminals to fraudulently access relief.

“In one jurisdiction several heads of regional authorities were arrested for suspected embezzlement of economic relief payrolls for citizens who lost their jobs during the quarantine period”, said Moneyval.

Both Moneyval and FATF have flagged the abuse of Covid-19 economic relief through the creation of companies to claim ssistantcs without the intention o conduct real commercial activity. These front companies can then be “recycled into money laundering vehicles” Moneyval notes.

Some FATF members, notably Australia have taken steps to reduce this risk, disbursing aid via existing government accounts for receiving social benefits.  “Stimulus measures that involve loan schemes may also be abused by criminals to launder funds” FATF has warned.

Europol has warned that investors need to be wary of fake investment opportunities, such as companies claiming to be working on products to detect or prevent coronavirus.

“Reporting by FATF members highlighted that microcap stocks, typically issued by the smallest companies, may be particularly vulnerable to fraudulent investment schemes as they are low-priced stocks with often limited publicly-available information” said FATF

The shift towards remote working has led to concerns about data vulnerability as employees move from a secure office cloud environment to public clouds.

“Employees continue to work on devices that do not comply with organisational IT security standards”, a report by recruitment company Robert Walters and Vacancysoft warned this week.

Moneyval said that its members have observed a rise in phishing emails and text messages containing links to malicious websites and attachments to obtain personal payment information. Perpetrators may offer vaccines, protective masks, medicinal products by pretending to be government websites, which are used to steal personal data by sending an e-mail or SMS with false information – a link or a file which, when clicked, causes the loss of personal data and infects electronic devices and installations of malicious tracking software.

Criminals may also be seeking to exploit temporary weaknesses in AML/CTF controls of financial institutions and virtual asset service providers to move and conceal illicit funds.

“There is a risk that AML/CFT measures will be relaxed or considered less of priority in order to boost the economy and expedite process of payments” warns Moneyval.

Cross border movements of cash to fund criminal enterprises declined as travel restrictions were imposed during the pandemic. However, there may now be an upsurge in cross-border movements as lockdowns continue to be eased across the world. “Authorities should be particularly alerted to issues of cross border movement of illicit cash” Moneyval says.

Hear more about fighting financial crime in a changed world at FinCrime World Forum on December 1.