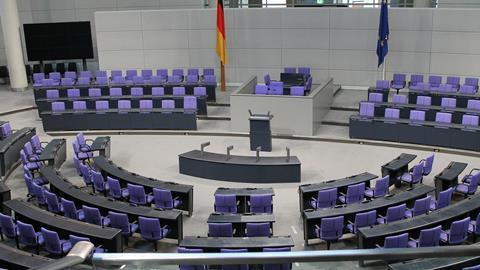 A proposed new law in Germany would have a drastic impact on the volumes of transactions punishable as money laundering. Compliance teams will need to be on the ball, explains Andrew Northage

The German federal parliament – the Bundestag – recently adopted a new bill to implement the requirements of the sixth EU anti-money laundering directive (6AMLD), only weeks after the country finished implementing the fifth directive. 6AMLD, which must be transposed into member state national law by 3 December 2020 and implemented by 3 June 2021, harmonises the definition of money laundering across the EU and broadens the scope of this definition from the fifth directive.

The draft German bill submitted by the Federal Ministry of Justice and Consumer Protection does much more than impose the minimum harmonised standards required by 6AMLD however.

The motivation for this approach may be due, at least in part, to the recent regulatory embarrassment following the Wirecard scandal – the German-based fintech giant filed for insolvency in June 2020 after it admitted that €1.9 billion was “missing” and investigations revealed numerous instances of possible money laundering dating back to 2010, as well as systematic failures on the part of German regulatory authorities.

The draft German bill makes numerous changes to the criminal code, criminal procedure code and the courts constitution act in Germany. Significantly, it does not limit the predicate offences to those listed in the directive; instead, every crime can be a predicate offence to money laundering. As such, this makes it a criminal offence to intentionally conceal, exchange, transfer, procure, store or use the proceeds of any offence.

The immediate and drastic impact of these changes is that the proportion of funds that have been, or are being, laundered in Germany, increases dramatically. By definition, the offence of money laundering will be committed much more frequently than before.

As a result, for businesses operating in Germany, handling any funds which could originate from any crime may be punishable as money laundering. The scope of the existing German anti-money laundering act covers not just regulated business such as banks, lawyers and accountants, but any business that sells goods or services commercially in Germany. These businesses will need to ensure that their AML compliance programme can deal with the new risk environment this creates. The breadth of changes means any approach previously followed is unlikely to be adequate if the draft bill becomes law. Any AML policy will need to be completely up to date and the customer due diligence and know-your-customer processes will need to be reviewed, as they will become even more important in respect of firms’ compliance.

Fundamentally, the threshold for reporting suspicious activity to the authorities will be lower (that is, suspicions in respect of a transaction where there are indications that an asset originates from any criminal offence, rather than a limited list of offences) and this will be triggered much more commonly in practice. Obliged companies must notify the German Financial Intelligence Unit of any suspicious activity report (SAR) in respect of money laundering. Firms in Germany may need to train or retrain employees and adjust their AML compliance programmes to ensure they can detect suspicious activity and deal with these appropriately.

The Federal Ministry of Finance reported that the new bill “aims to further strengthen the foundations for effective and consistent criminal prosecution”. It will certainly cause the fight against money laundering to intensify, and overall is likely to be much more effective in respect of successful prosecutions. Under current German legislation, prosecutors must “follow the money” and be able to provide evidence to prove that a specific predicate offence was committed, from which the illicit funds originated. The new bill somewhat overcomes this hurdle as it will be sufficient to demonstrate that the illicit funds are the proceeds of any criminal offence.

The UK opted out of 6AMLD, in part at least because the government considered it was already largely compliant with the directive. Acquiring, using, possessing, concealing criminal property or entering into an arrangement to facilitate the acquisition, retention, use or control of criminal property has been an offence under the Proceeds of Crime Act (POCA) for nearly 18 years. Criminal property is the benefit of any crime, and is not limited to a list of specific predicate offences.

And the threshold for making a report to law enforcement under POCA (in order to obtain a statutory defence to money laundering) is low. A person who handles, or makes arrangements in respect of, criminal property will also be guilty if they suspected or ought to have suspected that the property was tainted, and a belief that is any more than fanciful amounts to suspicion.

German companies face a similarly low threshold, being obliged to report even rather vague suspicions to the authorities. While this may mean, as the German Federal Ministry says, that the new bill would have a limited effect on the number of suspicious activity reports made, the low bar is one of the reasons that the UK authorities receive hundreds of thousands of reports per year. With no requirement, or even incentive, for firms to take a more reflective approach to suspicious activity, the system instead encourages them to prioritise self-protection to avoid liability for failing to report. In a criminal justice system of stretched resources, this arguably hampers law enforcement’s attempts to crack down on criminal activity as it drowns in SARs. But 6AMLD and the new German bill suggest that, as in the UK, legislators see easier targets in the facilitators.