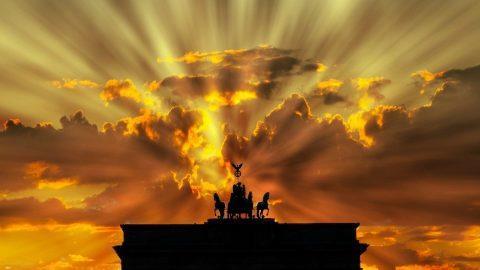 Germany’s proposed AML law: what it would mean for compliance professionals

Germany’s draft anti-money laundering law would widen the definition of money laundering crimes. Oliver Förster explains how this would both ease and add to AML compliance workloads.

The key point of the draft law is a paradigm shift: the renunciation of the current selective catalogue of predicate offences.

By dispensing with the list of predicate offences, the Government expects the fight against money laundering and terrorism financing to be much more effective in future, particularly when involving organized crime, where perpetrators operate on the basis of a division of labour. Experience has shown that until now, the link to certain catalogue predicate offences cannot always be established, for example when tracing suspicious financial transfers (the so-called “follow the money” approach).

Offences such as theft, embezzlement, fraud, and extortion are currently only considered predicate offences for money laundering if they are committed commercially or by gangs, and proof was often difficult to present in criminal prosecutions. This draft law intends to change this, and if it passes, money laundering offences will become much more prevalent than before.

But what does all that mean for the Anti Money Laundering Practitioner?

First, Germany will follow the “all-crimes approach” as already practiced by Belgium, Italy, France, the Netherlands and Poland. Internationally acting practitioners therefore do not have to implement a completely new model. Further, it might very well be that other countries will follow this approach, too, now that Germany has changed its paradigm.

Second, the principle of double criminality has been dropped to a certain extent. If the law is passed as in the draft, practitioners will no longer need to check whether certain acts qualify as predicate offences in the country where the criminal act is committed,  or if the act constitutes as a criminal offence according to certain EU legal acts. In this case, it will suffice if the criminal act qualifies as predicate offence if it was committed in Germany.

Third, until now, the money laundering item is described by its “origination” from a catalogue criminal act. This approach is deliberately broad and basically requires only a causal link between the item and the predicate offence. It follows that the item does not necessarily have to come directly from the preliminary act and that a chain of conversion acts is also covered in principle. However, there are a multitude of questions associated with “originating” from an illegal catalogue criminal act, which caused the German Government to take the position that the current law is overloaded with questions of doubt and is therefore difficult to handle in practice. This is intended to be simplified in the future by the draft act by dividing the covered money laundering items into “crime proceeds and products” on the one hand, and their “surrogates” on the other.

In the future, the practitioner should therefore – if he has not already done so out of caution – always assume for reasons of simplification that the object in question is also to be regarded as an object of money laundering within the meaning of the law, without regard to whether the object can, by its nature, come from the predicate offence at all.

Fourth, because of the new “all-crimes” approach, each practitioner should be advised to file a suspicious activity report whenever there is evidence that an asset originates from a criminal offence or an act that would constitute a criminal offence if it were committed in Germany. This will likely not only increase expenditures for businesses, but also result in a higher number of reports to the German Financial Intelligence Unit (FIU). This is a potentially worrying effect of the draft law, particularly in light of the fact that, according to German newspapers, already more than 40,000 reports were unprocessed at the FIU in August 2019.

To summarize, if the law comes into force in this form – which is intended to happen on 3rd December 2020 – the work of the practitioner will be “eased” since the practitioner does not need to review whether the facts provide evidence for a certain catalogue predicate criminal offence anymore. This would also mean the German AML laws are harmonized to the EU AML Directives so that the fragmentation of the applicable law within the EU decreases.

On the other hand, the new act will cause more issues for the practitioner since the “all-crimes” approach will likely result in more suspicious activity reports, which not only causes more expenditure for the businesses but also – and this can be even more problematic – stops the intended transaction for at least three working days according to the German Anti Money Laundering Law.