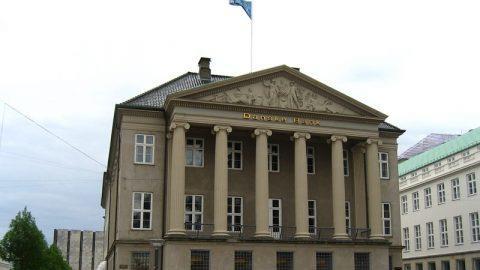 More investors and pensions funds are seeking damages against Danske Bank over money laundering claims, bringing the overall figure for damages sought from the institution to $1.12bn.

This week law firms Klar Advokater, Grant & Eisenhofer and DRRT filed a final set of complaints bringing the total they are pursuing to more than $1billion, sought by 331 investors and pension funds.

European consultancy firm Deminor is also working on leading a lawsuit against the bank with more than 70 legal entities representing 155 institutional investors.

In 2017, Danish newspaper Berlingske and the Organized Crime and Corruption Reporting Project (OCCRP) issued a series of money laundering claims against the bank and investigated its involvement in money laundering for Azerbaijani elites accused of human-rights abuses, as well as its role in the Russian Laundromat scandal in 2011.

In September of this year, documents provided to The Financial Crimes Enforcement Network (FinCEN) containing top secret suspicious activity reports (SARs) from major banks were leaked to Buzzfeed News and shared ICIJ and 108 media partners in what was known as the Fincen Files

The documents, mostly sent to the US from 2000 to 2007, show that Danske Bank, was aware of and compliant in money laundering transactions to UK LLP and LP accounts from its Estonian branch, the largest financial institution in Denmark. The documents also showed that these payments were processed in New York by Deutsche Bank, among others.

Alexander Reus, managing partner at DRRT, said: “Danske Bank’s efforts to conceal and misrepresent the true nature of its internal scheme of facilitating and promoting high-profit money laundering services” makes the scandal “one of the most significant money laundering and corporate violation cases in European history,”

The UK-registered LLP and LP accounts at Danske bank were used to hide the true identity of who was in control of the stolen money. After recent Estonian police files were leaked, an investigation by the International Consortium of Investigative Journalists found that many of the bogus LLPs and LPs were produced by agencies registered to government offices in Cardiff, Wales alongside other UK locations.

The ICIJ found that more than half of the LLPs and LPs in the FinCEN Files were created by the same four agencies. “Many of these agencies were run by individuals living in the Baltics or Baltic nationals living in the UK,” according to their analysis.

A spokesperson for Danske Bank said this week: “Overall, we are now in a different position with respect to combating financial crime and money laundering than when the situation in Estonia developed between 2007 and 2015 and have terminated the non-resident portfolio of customers in Estonia”

“We will defend ourselves against any claims that may arise and consider any development in cooperation with our lawyers.”