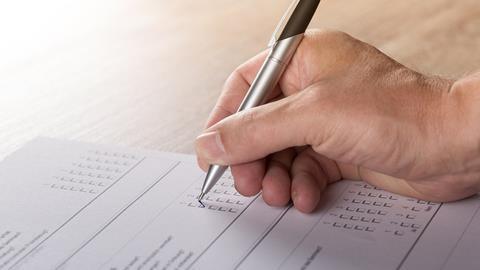 Fines for AML non-compliance only work in 'limited circumstances', say half of specialists polled

Monetary penalties for anti-money laundering (AML) compliance failures are only effective as a deterrent in “limited circumstances”, more than half of specialists polled in a survey have said.

The findings of the global poll, by the Association of Certified Anti-Money Laundering Specialists (ACAMS), may raise questions about the surge in fines for financial institutions in recent years. AML compliance solutions firm Fenergo has calculated that regulators issued more than $10bn in AML fines in 2020, up 26% on the previous year.

A total of 17% of respondents went further and said AML fines are “generally ineffective as a standalone deterrent”. Nearly a quarter however (23%) said fines are effective.

The poll was conducted in the weeks following the leak of the FinCEN Files last September and therefore many of the questions focused on the Suspicious Activity Reporting (SAR) regime.

Almost a third of respondents (31%) said the most likely outcome of the FinCEN files leaks will be increased scrutiny of financial institutions, with only one in 10 anticipating no changes.

Respondents are generally more likely to think the revelations of the FinCEN Files will have a net positive effect on global efforts to fight financial crime than negative, with 43% saying positive, 27% negative and 29% saying “no effect” or “don’t know”.

Nearly two-thirds of respondents (63%) said that there is a reporting time lap in the SAR / transaction reporting regime that limits its effectiveness. A substantial majority 87% said feedback from FinCEN on SARs acted upon would shape the reports they file, including 60% who said it would do this “significantly”.

A total of 92% of respondents said their institution reports with a “high degree of usefulness” to government authorities.

CLICK HERE to read an in-depth analysis of the SARs system and ways it can be improved.

When developing AML/CTF programs 3rd party money launderers, drug trafficking and terrorist financing stand out as the most important issues to consider. Wildlife trafficking is seen as the least important consideration, although over half still consider this important.