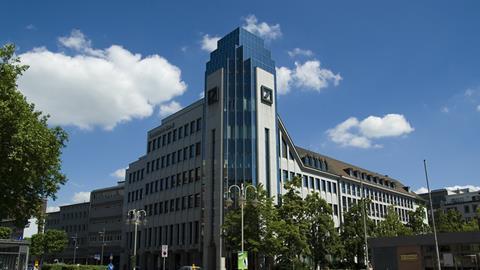 Deutsche Bank has agreed to pay fines and penalties totalling more than $130m to avoid criminal prosecution in the United States on charges it took part in a bribery scheme to win business in Saudi Arabia.

The charges arise out of a scheme to conceal corrupt payments and bribes made to third-party intermediaries by falsely recording them on the bank’s books , as well as related internal accounting control violations.

In a separate scheme, the bank was charged with engaging in fraudulent and manipulative commodities trading practices involving publicly-traded precious metals futures contracts.

Between 2009 and 2016, Deutsche Bank “knowingly and wilfully conspired” to maintain false records and accounts to conceal payments to a business development consultant (BDC) who was acting as a proxy for a foreign official, the Department of Justice (DoJ) said.  Payments to the BDC were actually bribes paid to a decision-maker for a client in order to win business,

“In some instances, Deutsche Bank made payments to BDCs that were not supported by invoices or evidence of any services provided. In other cases, Deutsche Bank employees created or helped BDC’s create false justifications for payments,” said the DoJ.

The DoJ said Deutsche Bank admitted that its employees conspired to contract with a company owned by the wife of a client decision-maker to facilitate bribe payments of over $1 million.

In the separate, commodities fraud case, Deutsche Bank traders between 2008 and 2013 defrauded other traders on the New York Mercantile Exchange and Commodity Exchange.

Traders on Deutsche Bank’s precious metal desk in New York, Singapore and London placed orders to buy and sell precious metals futures contracts with the intent to cancel them before execution.

This  was “an attempt to profit” by deceiving other market participants through injecting false and misleading information concerning the existence of genuine supply and demand for precious metals futures contracts, the DoJ said.

The fine represents the latest in a string of controversies for Deutsche Bank. In September the bank agreed to pay $583,000 in a sanctions violation case, while in October it was fined $13.5m in Germany for late filing of Suspicious Activity Reports.