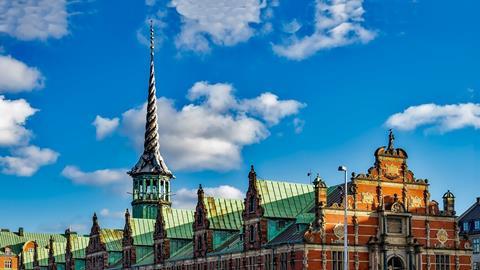 Denmark’s efforts to improve its anti-money laundering (AML) legislation have been rewarded with a higher technical compliance rating in five areas, but has been downgraded on its efforts to curb Virtual Asset Service Providers (VASPs)

The Financial Action Task Force (FATF), in a follow-up report this week, said Denmark had made progress in addressing most of the technical deficiencies identified in a Mutual Evaluation Report in 2017.

However, it has been downgraded to ‘partially complaint’ on a FATF recommendation concerning the regulation of new technologies, specifically relating to new compliance requirements regarding VASPs.

Since June 2019, FATF’s recommendation on new technologies has included requirements on identifying, assessing and understanding AML and counter-terrorism financing risks associated with VASPS, requirements for VASPs to be registered or licensed and requirements for risk-based supervision.

FATF says Denmark has introduced a regime covering some activities in the FATF definition of VASP, including persons engaged in exchange services between virtual currencies and fiat currencies and custodian wallet providers.

“However the scope does not extend to exchange between on or more forms of virtual assets, transfer of virtual assets and participation in and provision of financial services rated to an issuer’s offer and/or sale of a virtual asset,” FATF said.

It is also unclear whether measures intended to prevent criminals from holding an interest in covered VASPs apply to the associates of a person, as required under the FATF standards, the report said.

FATF also said Denmark has not yet demonstrated it has taken actions to identify unregistered VASPs and pointed out that in some cases Danish supervisory authorities have been unable to set higher levels of fines without approval of the state prosecutor. It said guidance to the VASP sector was only published in November 2020, too late to be considered in the FATF report.

FATF upgraded Denmark’s rating in five areas. Denmark has improved its ability to freeze assets on designated persons and to prevention the proliferation of weapons of mass destruction. It has strengthened its approach to regulating non-profit organisations, enhanced record-keeping requirements for trustees and beneficial owners and improved its risk-based supervision approach by increasing the number of risk assessments of financial institutions, FATF said.