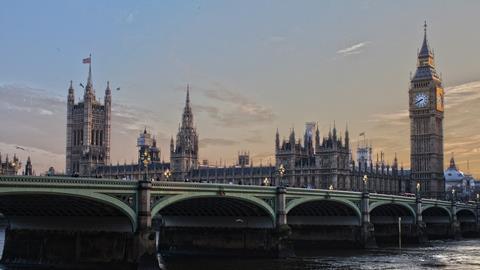 The chair of a UK parliamentary committee has written to government ministers and watchdog heads after the country’s anti-money laundering controls were put under the spotlight by the FinCEN Files.

This follows the UK being described as a “higher-risk jurisdiction” in a US Treasury Report among the FINCEN Files. According to analysis by the BBC a total of 3,282 British companies were named in the files, more than for any other country.

The files showed banks filed 2,100 Suspicious Activity Reports in total about $2trillion they moved over a two-decade period.

In his letters Stride asks whether UK law enforcement agencies are “following up on the information in the FinCEN papers,” and whether the FCA will “take enforcement action.” He asks ministers whether. In a letter to the FCA, Stride asked what action was being taken by the UK’s financial regulator following the findings. He also asked for clarity on what more needs to be done to “further secure the financial system from Economic Crime, given the information in the FinCen files.”

Yesterday, Mark Steward, head of enforcement at the FCA, countered by suggesting that not all of Britain’s financial firms are convinced of the need to invest large sums to combat money laundering.

“What surprises me still is there is a view in some quarters that anti-money laundering systems and controls is a lot of money for nothing in return, and it’s a huge bureaucratic exercise in red tape rather than something that’s really important” Steward said, according to Reuters.

However, several experts earlier this week said the system, and not the banks themselves, is to blame.

Octavio Marenzi, CEO of capital markets consultancy Opimas, told CNBC on Monday that banks filing SARs is evidence of them working within the regulatory system.

“To claim that the very regulatory reports the banks are required to make is proof that the banks have been violating the regulation reveals a basic lack of understanding of anti-money laundering rules.”

“Action has been taken, it has been taken repeatedly, and it has cost the banks billions in fines. All banks that we know of are very eager to obey both the spirit and letter of the law and have gone to great lengths to do so, investing large amounts in personnel and technology to identify any problematic cases,” he said.

Tom Keatinge, director of the Centre for Financial Crime and Security Studies at RUSI, told CNBC’s “Squawk Box Europe” on Tuesday “Millions of SARs are filed with FinCen every year, half a million are filed with the NCA (National Crime Agency) in the UK every year, and law enforcement authorities just can’t react, they can’t look at all of those,” he said.