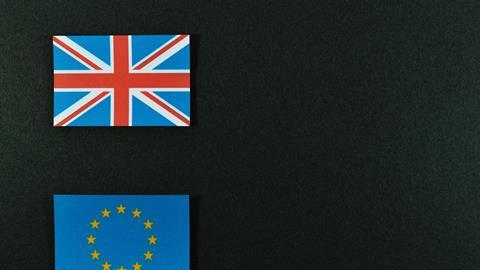 What is the general impact of this agreement on financial crime and subsequently, money laundering?

The UK-EU Trade and Cooperation Agreement (TCA) signed on 24 December 2020, marked the conclusion of a process that resulted in two British Prime Ministers leaving office, the first David Cameron on 13July 2016, followed by Theresa May on 7th June 2019.

After years of Parliamentary stalemate and posturing by all political parties, there was only one sure outcome: that the British people, industry and businesses would be left guessing until the very last minute about what arrangements they might need to put in place to be Brexit-ready. This is an astonishing state of affairs for a country with one of the world’s top ten GDPs. But, of course, it was never going to be easy. The EU itself was not blameless and perhaps there was no alternative given the mandate that Boris Johnson believed he had to fulfil.

As regards financial crime and money laundering, the TCA puts these into the category that so many other areas fall into within the TCA, namely, that it establishes broad based principles, then covers some things specifically, such as agreement to maintain registers of ultimate beneficial owners (aimed at transparent asset ownership) and then leaves much still unspoken and to be agreed. The TCA appoints committees to deal with issues arising under the TCA and provides for a detailed dispute resolution mechanism. Crime has a designated committee.

The broad principles as regards “Anti-Money Laundering and counter-terrorist financing” as this section is entitled, commits the UK and EU to support international efforts to prevent and fight money laundering and terrorist financing, exchange relevant information and maintain comprehensive anti-money laundering and counter-terrorist regimes. The aim of preventing use of our financial systems to facilitate such activities is specifically mentioned.

Financial crime is covered further in a section in the TCA entitled “Law Enforcement and Judicial Cooperation in Criminal Matters”. This is aimed at the prevention, investigation, detection and prosecution of criminal offences, the prevention of and fight against money laundering and financing of terrorism, having regard to respect for democracy and human rights.

Are the measures for information-sharing and co-operating on financial crime from the Brexit Trade Agreement likely to be effective?

It is very early days. It is fundamental to remember that the UK joined the EU on 1 January 1973, over 40 years ago. On 31 December 2020, the UK left that union and as a result has very recently fallen out of a system that comprehensively and in a detailed fashion regulated vast swathes of the UK’s existence.

Until 31 December 2020 all our laws were and probably remain entirely aligned to EU law, yet as a result of leaving the EU, we have fallen out of the right to belong to institutions such as Europol, which is the EU’s law enforcement agency and Eurojust, the EU’s agency for criminal justice cooperation, and we are no longer regarded as “equal” in EU eyes or entitled as we were.

It is interesting that democracy is very specifically highlighted in this section. It remains to be seen whether the UK’s determination to leave the EU which has caused considerable anti-UK sentiment, will result in a period of deliberate unhelpfulness and a desire to punish us for the decision made.

The UK also failed to maintain access to the second-generation Schengen Information System (SSIS) which the UK apparently used 600 million times per year and is now obliged to delete all data derived from it. It is the most widely used information sharing system for security and border management based on real-time alerts

All such behaviour being of course justified on the basis that we have left the EU of our own choosing, and now must follow the new rules applicable to our position outside of the EU.

Given that the prevention of financial crime and information sharing to prevent that and all crime should be a primary and apolitical ambition of all States combined with the clear stated intentions in this respect in the TCA, it is to be hoped that as emotions calm down there will be full co-operation in these areas.

It remains to be seen what the impact of the UK not being a member of the EU institutions focussing on these areas will be. As with everything to do with Brexit, there will in the short term be a need for a period of readjustment with the UK establishing all its own systems and structures to deal with matters that were previously consolidated at the EU level.

But the stated objectives are clear and given their importance, it is hoped that politics and emotion will not get in the way.

There was concern prior to the deal that the UK might lose access to Europol and FIU.net, which allows Financial Intelligence Units to share data. Does the agreement allay these fears?

To some degree, but it is a fact that the UK is no longer a member of Europol and will lose access to key information sources, such as SSIS and ECRI (European Criminal Records Information System) and systems such as SIENA, the Secure Information Exchange Network Application of Europol.

Are there any other possible unintended consequences or negative impacts for FinCrime/AML/CFT in the agreement?

If the question assumes that the EU system of cooperation and structures created to implement policy on Fincrime/AML/CFT worked really well, it is inevitable that leaving the EU will result in a new regime and new barriers being put in place, placing an increased reliance on the EU member states and the UK continuing to co-operate effectively because they really want to and to see the benefit of doing so.

It is a fact that the UK’s direct involvement in Europol and Eurojust has ceased. The words of the TCA espouse principles of co-operation and essentially declare that the fight against crime is a top priority, but leaving the EU means that that the UK is no longer party to management of those agencies, losing access to databases such as SIENA, and our participation in investigative teams will be subject to EU law.

There are provisions for exchanging, fingerprints, DNA and vehicle registrations, information about passenger name records. Cooperation with Europol and Eurojust is provided for, but limited to secondment of liaison officers and prosecutors with limitations on exchange of data.

The UK will no longer be able to extradite alleged criminals from as many EU countries as previously.

The UK also failed to maintain access to the second-generation Schengen Information System (SSIS) which the UK apparently used 600 million times per year and is now obliged to delete all data derived from it. It is the most widely used information sharing system for security and border management based on real-time alerts. Instead the UK will rely on Interpol’s database which not all states use or load information to. UK legislation has already been introduced to counter the implications of this, but it is too early to know what the shortfall in data post 31 December 2020, will be.

These are just a few examples that demonstrate that the TCA does not replicate the close co-operation and access to information previously enjoyed by the UK on criminal matters. Furthermore, the UK has conceded that continued adherence to the European Convention of Human Rights and its direct effect on UK law is a precondition for cooperation, so there is conditionality to ongoing co-operation.

It is hoped that goodwill and common sense will prevail and that increased reliance on a desire to make things work and combat FinCrime overcomes any shortcomings in the UK’s new relationship with Europe.