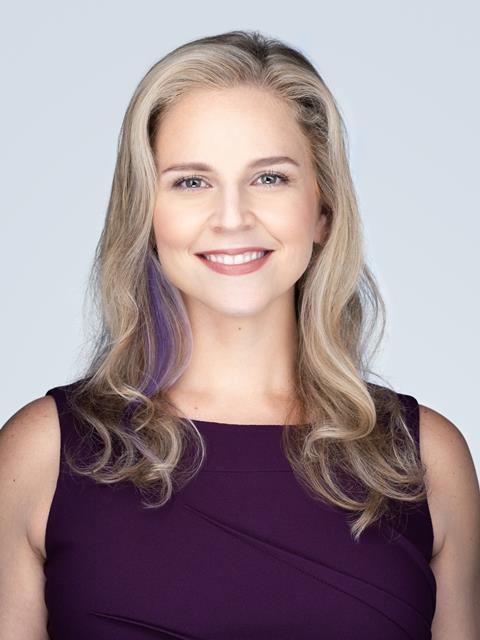 Imagine if you could see in real-life a criminal taking laundered money into a bazaar and purchasing goods. And then you can see what happens to the money that is received by the market seller and where it is spent or transferred next.

This kind of detailed tracking of transactions involving laundered money or suspicious persons is obviously difficult if to do with cash, but with cryptocurrency it is feasible through the blockchain, if the identifiers on the ledger can be ‘de-anonymised’, says Amanda Wick.

Wick, Chief of Legal Affairs at Chainalysis, joins us, ahead of FinCrime World Forum next week, to talk more about the potential of blockchain to transform anti-money laundering (AML) compliance.

Wick is a former Assistant U.S. Attorney and served as a Trial Attorney for the Money Laundering and Asset Recovery Section for the Department of Justice. Improving asset recovery is a major motivation for Wick. “Criminals commit crimes to make money, not to win the blue ribbon for best criminal and if we don’t take the money back, if we don’t find the money, we are not deterring crime at all” she says.

These days Wick’s work “to find the money” takes the form of her work at Chainalysis, a firm that offers products and services to enable compliance teams and investigators to track transactions across blockchains and carry out cryptocurrency investigations.

The basic premise is that Chainalysis builds trust in blockchains by de-anonymizing who is conducting transactions, enabling better visibility to improve AML.

“At the highest level, you can see the ecosystem, you can see how funds are moving…the visibility is just insane and carries huge opportunities for compliance.”

This de-anonymisation of particular services, exchanges and darknet markets can give investigators and compliance teams a strong sense of what is happening.

De-anonymisation also “brings legitimacy to the industry by making compliance and regulation possible,” she says.

Wick believes that now is the time for some imaginative thinking about what AML compliance and controls look like on this technology, rather than past conversations which have sought to “shove this technology into existing regulation that was built for something completely different.”

She gives an example of the requirement to file Currency Transaction Reports in the United States, when the blockchain ledger already records every transaction and makes it publicly available instantly. “Most of the fields on the current CTR are publicly available on the blockchain; requiring it to be reported on a form is the definition of duplication of effort,” she says.

She is clear that the regulatory approach for cash and that for cryptocurrency should not be the same in all places.

“If you were driving the Flintstones’ car on stone wheels, and then somebody invented the Tesla, I don’t think anybody would say that the regulation of those two vehicles shouldnecessarily look alike orhave to be the same just because they’re both ‘cars’, she says”

For Wick, there should be serious thought about what a Virtual Currency Transaction Report looks like. She says this conversation is beginning to happen “slowly”.

“We are seeing it with things like what the New York Department of Financial Services has done with its VCTR, where there are fewer fields and the data requested is directly-related to crypto transactions. You are seeing it right now with the proposed solutions for the Travel Rule (which requires the originators and beneficiaries of transfers of digital funds to exchange identifying information ) with people trying to think ‘how do crypto companies match up with this?”

In addition to the potential for improving transaction monitoring, the blockchain can also make it easier to trace and recover assets for crime victims.

Wick says: “The process is sometimes very difficult because, with traditional finance you might have to follow each hop, requesting records from bank to bank to bank, but oftentimes in crypto you can just see immediately that it went eight hops away to ‘x’ exchange, and now you just have to subpoena the exchange for the records, or if they get there fast enough,  they can servea freeze order.”

And what of the downsides for cryptocurrency and AML?

“Crypto has certain benefits that do make it conducive to criminal activity,” says Wick. “It moves instantly and there are places that don’t have good Know Your Customer regulations and right now digital identity is a big problem, not having sufficient global digital identity controls and programmes,” she says.

She also says anonymity-enhanced cryptocurrencies, or ‘privacy coins’ can pose a problem and that if de-anonymisation can’t happen “the risk of transactions being opaque is real.”

Generally, though Wick believes blockchain analysis can play a key role in de-anonymising and making cryptocurrencies legitimate, allowing the conversation to turn to how they should be regulated, with innovative thinking required.

Amanda Wick will be appearing at “Block…Change? Blockchain and the transformation of compliance” 12.30pm on 23 March at FinCrime World Forum