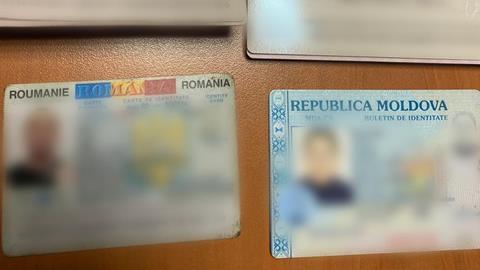 Europol revealed details of the criminal operation following raids on 51 properties last week. A criminal group smuggled at least 40 Moldovans into France to force them to work in the construction business.

The network providing the migrants with counterfeit Romanian identity cards and driving licenses while keeping their real passports as a guarantee.

Europol said: “Most of the smuggled individuals had a low level of education and therefore were more vulnerable to exploitation. They worked 55 hours a week for €60 a day. Large construction and renovation companies were also involved in the criminal scheme.

This activity was extremely lucrative, with illegal profits estimated at almost €14 million. The suspects laundered the criminal assets through eight shell companies, most of them based in France.”

The proceeds from the trafficking were laundered through eight shell companies, most of them based in France.

Last Monday, police in France, Romania and Moldova carried out simulntaneous raids on properties in the three countries.

In total, 51 locations were searched, including 17 in France, 14 in Romania and 20 in Moldova. A total of 38 suspects were arrested. Goods including 19 vehicles, 2 jet skis, weapons, phones and $100,000 in cash were seized and 11 bank accounts frozen.