HSBC’s head of responsible investing suggests we would be better off adapting to climate change rather than mitigating it, and now HSBC has an authenticity problem. 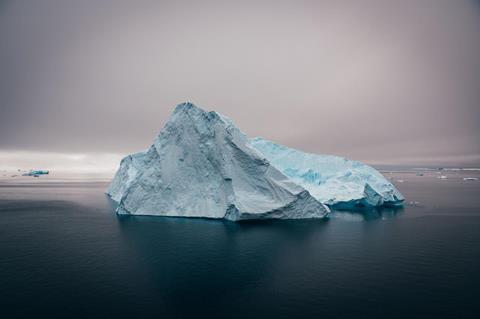 Prevention is better than cure, they say, but when it comes to climate change, plenty think it is the other way around — well, not so much cure as learning to live with it.

And now Kirk says: “Beam me down,” as he prepares the most unusual resignation presentation in history.

His presentation, which likened climate change to Y2K, entitled “Why investors need not worry about climate risk,” was not a spur of the moment thing. According to the FT, it had been planned for two months and promoted on the website for the event at which Kirk spoke.

And now, quelle surprise, he has been suspended.

Suppose someone went back in time and killed Hitler just as he was about to become chancellor. Would we now look back in time and say, ‘warnings about the popularity of the Nazi party were clearly overblown?’

The point is if you take steps to avoid something so that this thing never happens, does that mean you were worrying needlessly in the first place? So companies invested massively in mitigating Y2K, and it never happened. Does that mean our fears were misplaced? Frankly, we will never know for sure.

If we vaccinate against a disease and don’t get it, does that mean the vaccine was unnecessary or was it the reason we didn’t get it? We will never know.

And that is rather the point; at least, it is half the point.

We don’t know for sure how bad climate change will be and we might never know how bad it could have been.

We might find we can live with it. We might find it is awful. We don’t really know. I dare say you can live with hell after a while (not that you would be alive), but there are certain things I don’t want to live with, however much I think I can get used to them.

The curious reason for optimism

But a potential worse case, which we don’t know for sure, is only half of it.

There is another half to the climate change story, and it rather good, rather important, but not necessarily, rather intuitive.

The thing about mitigating climate change is that there are reasons to be optimistic, but those reasons fly in the face of a certain ethos that underpins capitalism.

Thanks to climate change, I believe we will see another type of revolution, not a bloody revolution, but instead something splendid. The renewables revolution is fantastically good news. How lucky is that? The cost is falling exponentially? For reasons explained elsewhere, there is a workaround the problem of intermittency, too.

This revolution can lead to incredibly cheap energy — cheap enough to make water desalination at scale viable — and give the poorest nations on Earth hope.

The renewables revolution is great news but may not be enough on its own — we will have to do something about meat too, but I think the 2030s will see the cultured meat revolution, partly made possible by renewables creating cheap energy.

Like Matt Ridley, I am an optimist, but my rationale is entirely different.

But the efficient market hypothesis is wrong.

Let me give an example. The solar revolution would probably have never happened without the NASA space programme of the 1960s, but that had absolutely nothing to do with capitalism.

You see, capitalism, like evolution in nature, doesn’t have vision. A wonderful book by Eric Beinhoker called the Origin of Growth explains this. In nature, evolution gets stuck, and it takes something dramatic, like a meteorite wiping out the dinosaurs, to create opportunity.

Capitalism is just like that, and it sometimes takes awful events like wars, pandemics, and economic bubbles to move us along.  I absolutely believe climate change is one of those terrible events in the making, but providing us Homo Sapiens are not stupid, which we are eminently capable of being, we can defeat it.

ESG, net-zero, and all that jazz are part of not being stupid.

HSBC rarely makes loans with a duration beyond six years, suggests Kirk, and long-term considerations like climate change won’t affect the business it is lending to over that period, so why worry?

But HSBC has shareholders, and it has customers and employees. Shareholders are supposed to think long-term; at least, Warren Buffett says thinking long-term is the key to investing.

HSBC’s customers and workforce are moving towards the millennials and generation Z; they are making up an ever-higher proportion of the workforce. These generations care about things like climate change and net-zero, because they have this weird idea that they want to live on a functioning planet when they are older.

Think about the irrationality of a millennial saving towards their pension every month for a retirement that probably won’t happen until they are 70 plus, but not caring about climate change.

So Kirk has been suspended, and the likes of HSBC’s boss, Noel Quinn, are left with the tricky task of repairing the damage.

And the damage is considerable.

If people say ESG is largely greenwashing — well, here is your evidence, the man at HSBC whose job was to worry about climate change wasn’t, in fact, that worried. They say ESG is only effective if the people responsible for it are authentic in their beliefs.

Well, how typical is Kirk? Authenticity had been dealt a hammer blow. Customers, employees and shareholders won’t forget in a hurry. 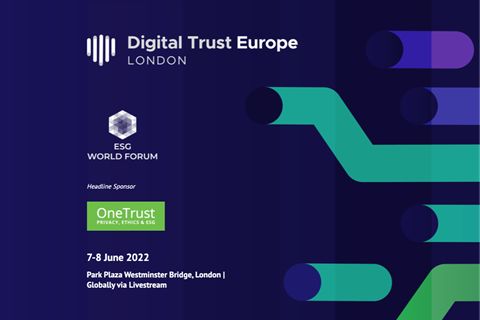