Whatever date you are reading this; Happy Earth day; let’s hope there will be many more

Friday, April 22nd 2022, is (or was, depending on when you read this) Earth Day. We would like to wish Gaia many happy returns, and ESG can help ensure there can be many more Earth days. 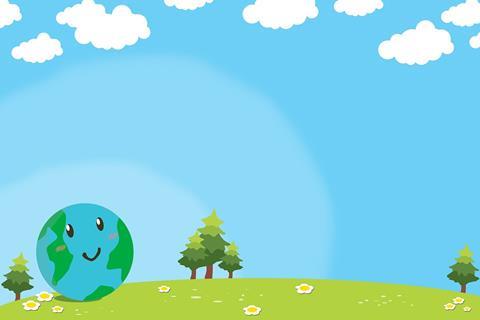 Did you get your card? These days we have all sorts of days; my favourite is world password day. So happy belated ‘Happy password day.’ If you got my card via email, but it didn’t accept your login details: try ‘admin’ for the user name and ‘password’ for the password.

Then there is ‘world backup day.’ I produced a card for that, but when it came to the big occasion, I couldn’t find it — I think I may have forgotten to back it up.

I have a friend whose birthday is May 4th — which is, of course, Star Wars day — May 4th, be with you.

There are special days for this and that, and, oh yes, there are actual birthdays too.

And to let you into a secret, I don’t really send out cards for each anniversary.

But maybe the most important one is this one.

So join me in song:

‘ Happy birthday to you

‘ Happy birthday to you

‘ Happy birthday to you.

According to Greek mythology, Gaia was the first of the gods, Mother Earth. She was Zeus’s grandmother.

Isaac Asimov wrote about Gaia in his famous Foundation Series, and in the books, Gaia was both a planet and a kind of super-organism, where all living things form a kind of group consciousness.

It’s an idea that James Cameron explored with Avatar but was also adopted by James Lovelock in a series of books in which he claimed that the Earth, our planet and home, is actually akin to a living organism. It is not conscious, more like an emergent system. I have always struggled to define emergence, so I have nabbed this definition from Wikipedia. “In philosophy, systems theory, science, and art, emergence occurs when an entity is observed to have properties its parts do not have on their own, properties or behaviours which emerge only when the parts interact in a wider whole.”

An emergent system might be a flock of starlings, which appear to fly in a kind of formation, weaving patterns as if directed by a central entity, although in reality, each individual starling behaves in relation to other starlings in the flock.

Slime-mould is the classic example of emergence, made up of individual organisms which appear to create a single entity.

But then, in a way, we are all examples of emergence — we all have bacteria inside of us, tiny organisms with which we have a symbiotic relationship. The bacteria inside us, the individual blood vessels, and the neurones that make our brains make us who we are.

So is Earth an emergent system?

Lovelock says that such systems rebel against any particular troublesome organism and eventually kill it. So the human body builds up an immunity to certain viruses, for example. Lovelock says humans are like a virus plaguing the Earth and that Gaia is likely to behave in the way that all emergent systems behave and destroy this dangerous virus.

If climate change is one example, what are the others? Well, we are, as they say, in the Anthropocene, the next great extinction,

And what has all this got to do with ESG?

Aside from the fact that my email inbox is bulging with press releases about Earth Day and somehow linking it with ESG, there is an important point.

In an emergent system, the individual units are not necessarily aware of their impact on the entire system. The starlings follow and mirror other starlings, creating those weaving patterns in the sky.

But the behaviour that creates emergent systems often evolved because it supported the survival of individual units.

But does this same principle apply when we look at an emergent system such as the economy?

If each individual company behaves selfishly, focusing on quarterly profits, does it serve the overall system? And if it doesn’t, might that system collapse and destroy the individual companies, as almost happened in 2008?

I am reminded of a story of a shoal of fish that swan into a harbour off the coast of California. The fish swam away from a so-called red tide and sought refuge. But the waters were shallow, and each fish, which behaved selfishly, creating the behaviour of the shoal, was unaware of its impact on the shoal. As a result, the shoal could not find the collective intelligence to reverse course and, as a group, sucked the oxygen out of the water and suffocated en-masse, leaving harbour officials with the unpleasant job of dealing with thousands of dead fish.

If individual entities such as companies, or even the people that make them up, follow the advice of Milton Friedman, or maybe Ayn Rand, who in her lifetime was akin to the high priestess of the virtue of selfishness, might their collective actions damage the emergent system they are part of, creating their own destruction?

This takes to the fiduciary duty of companies to act in the best interests of shareholders.

→ SEE ALSO:  Can Judges Save the World? The Troubled History of ESG and the Fiduciary Duty

Some companies might argue that there is no point in them doing their bit because unless other companies do the same, the emergent system might collapse anyway.

If that is correct, then that means one of two things?

We either need a kind of enlightened capitalism in which each individual company behaves in the interest of the collective or regulations set at an international level that considers the greater good.

Either way, ESG matters. It matters as a model that enables individual entities to do their bit and become more attractive to investors, customers and other stakeholders who see the importance of this bigger picture. And it matters because if regulation enforces certain behaviour, the individual entities that have already adopted those behaviours will be at an advantage.

Gaia might not need ESG because Gaia is capable of wiping out the virus called humanity, but maybe we need ESG in order to avoid the wrath of Gaia.