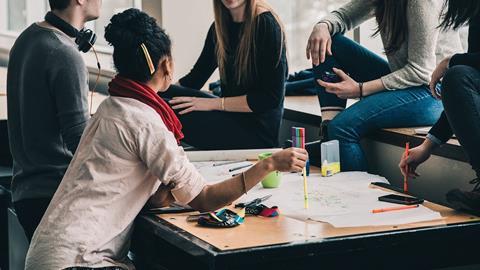 According to the International Association of Privacy Professionals (IAPP), privacy professionals worldwide enjoyed a salary increase of over $6,000 between 2019 and 2021.

But the benefits are not evenly distributed among the genders.

Worldwide, male privacy professionals earn around 9% more than women—and there’s a 14% difference between men and women in the US privacy sector.

Privacy is little different to other industries—nearly all of which display some difference between the average salaries of men and women.

In the US, for example, the relatively wide pay gap among privacy professionals also exists among the general population. In fact, the gap is wider across all jobs—with women generally earning 18% less than men, according to the US Census Bureau.

In the UK, the Office for National Statistics (ONS) estimates that women earn 8.9% less than men among full-time employees. The ONS notes, however, that differences in rates of pay are insignificant among men and women under 40.

Employees over 40 are more likely to occupy better-paid senior positions—so this correlation between age and pay inequality suggests that women are less likely to progress to upper management.

So, the fact that women are less likely to occupy high-ranking roles is contributing to the gender pay gap. But what are the reasons behind this discrepancy in men’s and women’s job seniority?

Childcare is one factor keeping women out of top jobs.

Women tend to have a longer break in their careers post-childbirth—and they also tend to spend more time looking after children once they’ve returned to work.

The UK’s Government Equalities Office found that while around 90% of fathers were in full-time or self-employed work three years after the birth of their child, the figure was just 27.8% for women.

Long-standing attitudes and structural inequalities might explain this phenomenon. In the UK, women and men are both offered time off to care for children as part of the country’s shared parental leave scheme. But statistics suggest that only 2% of new parents split their entitlement.

But the impact of childcare varies across countries and cultures.

A study of EU countries shows a “childcare gap” of around six years in Ireland and Italy, while parents in Denmark, Germany and Sweden tend to spend a roughly equal amount of time looking after children.

Alongside childcare, statistics suggest that women take on more unpaid work than men in other areas.

All these factors mean women have fewer hours in the week to work and earn money—and less time to dedicate to career progression.

It’s likely that direct discrimination against women plays a role in the gender pay gap, too.

Even when we adjust for factors like hours worked and job seniority, women are often paid less for doing the same work as men.

For example, a study of employees at the London School of Economics revealed that women earned an average of 10.5% less than men with comparable skills and experience.

And a paper by Desai et al found that women—even when their work was adjusted according to hours and job role—earned an average of over $34,000 less than men across 13 areas of healthcare.

Race is another compounding factor when it comes to pay inequality.

In the US, white women earn 79 cents for every dollar earned by men—compared to earned 54 cents earned by Hispanic or Latino women. This race pay gap is likely to be explained, at least in part, by direct discrimination against minority groups.

Overall, it’s clear that a mix of external factors—including childcare responsibilities, other unpaid work, and discrimination—contribute to the gender pay gap.

But career progression is a factor. Women’s average pay is brought down by their lower representation among the top jobs—and their ability to obtain these senior positions is affected by factors like childcare and discrimination.

As a result of the various influences we’ve considered in this article, women make up just 8% of Fortune 500 companies’ CEOs.

Companies can take proactive steps to close the “seniority gap” and support women in their career progression: