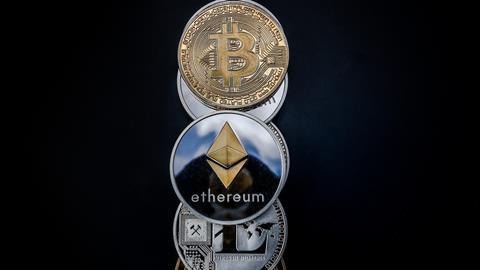 Cyber-attackers have taken around $600m (€510m) of digital tokens from Poly Network in what is believed to be one the largest ever thefts of cryptocurrency.

The company is a provider of decentralised finance, known as Defi, which allows users to transfer tokens tied to one blockchain to a different network.

About $267m of Ether currency, $252m of Binance coins and $85 million in USDC tokens were taken by the attackers. They exploited a vulnerability between contract calls in its systems, Poly Network said.

The company called on exchanges and miners to block deposits of the stolen tokens so the hackers cannot exchange them into cryptocurrencies.

In a message posted on Twitter Poly Network directly addressed the thieves saying: “We want to establish communication with you and urge you to return the hacked assets.

“The amount of money you hacked is the biggest one in the defi history. Law enforcement in any country will regard this as a major economic crime and you will be pursued. It is very unwise for you to do any further transactions.

“The money you stole are from tens of thousands of crypto community members … You should talk to us to work out a solution.”

Binance CEO Changpeng Zhao tweeted the company was aware of the hack and is “co-ordinating with all our security partners to proactively help. There are no guarantees.”

Also on Twitter, Chinese blockchain security firm SlowMist commented: “Combining the flow of funds and multiple fingerprint information [that] can be found, this is likely to be a long-planned, organised and prepared attack.”

Earlier this week research company CipherTrace issued a report saying losses from fraud in the Defi sector hit an all-time high of $474m in the first seven months of the year, while crime in the overall cryptocurrency market dropped to $681m (annualised: $1.17bn) from $1.9bn for 2020 and $4.5bn in 2019.