US Departments of Treasury and Justice launch oligarch whistleblower programme

The US Department of Treasury’s Financial Crimes Enforcement Network has created a new whistleblower programme that will pay more than $5 million to any whistleblower with original information that helps them seize assets of Russian elites seeking to evade US sanctions. 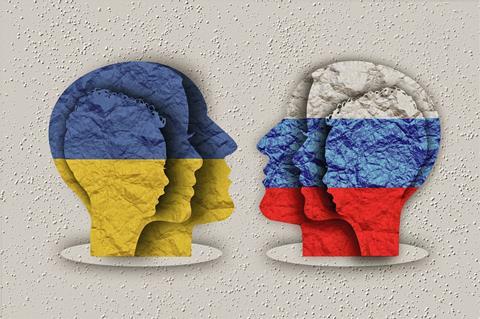 Titled the Kleptocracy Asset Recovery Rewards Program, the scheme is aimed at seizing stolen assets by elites and their associates and the proceeds of their corruption. The Treasury Secretary can authorise greater amounts than $5 million should a case merit it.

Jeffrey Newman, a partner in the firm of Newman & Shapiro which represents whistleblowers worldwide, said:

“This programme can be used by any person, in any part of the world, who provides original information that aids in the recovery of stolen Russian assets.

“It gives incentives to bank employees, financial insiders, real estate brokers, and anyone else who to renders primary and original information about items of value. It is expected that this tool will help the US government enforce its sanctions and, hopefully, help Ukraine,” Newman added.

News of the programme’s formation follows the launch of the Russian Elites, Proxies, and Oligarchs (REPO) multilateral taskforce, comprising representatives from the US, Australia, Canada, Germany, France, Italy, Japan, the United Kingdom, and the European Commission.

The task force is committed to using constituent authorities in concert with other appropriate national ministries to collect and share information to take execute actions such as sanctions, asset freezing, civil and criminal asset seizure, and criminal prosecution.

Cooperation between the US Government and foreign partners has already yielded notable successes. In the last three weeks alone, information provided by US law enforcement to overseas partners has contributed to the restraint of multiple vessels controlled by sanctioned individuals and entities. Collectively, these vessels are estimated to be worth hundreds of millions of dollars.

US Secretary to the Treasury, Janet Yellen, said:

“Our sanctions, trade restrictions, and other measures have already imposed significant costs on Russia, its leadership, and those who enabled Putin’s unprovoked invasion into Ukraine.

“This multilateral task force will raise those costs even more, by galvanising coordinated efforts to freeze and seize assets of these individuals in jurisdictions around the world and deny safe haven for their ill-gotten gains,” Yellen added.

“We are already working with our international partners to freeze and seize properties belonging to sanctioned Russian oligarchs worldwide.

“We will continue to work together to take all appropriate actions against those whose criminal acts enable the Russian government to continue its unjust war against Ukraine,” Garland added.

The REPO task force members have discussed ways to ensure the effective, coordinated implementation of the group’s collective financial sanctions relating to Russia, as well as assistance to other nations to locate and freeze assets located within their jurisdictions.

Participants have talked over the need to preserve evidence and determine whether these frozen assets, or other assets linked to these sanctioned individuals or entities, are subject to forfeiture.

The task force has also explored ways to bring to justice enablers and gatekeepers who have facilitated the movement of sanctioned assets or other illicit funds.

In addition to the launch of the REPO task force, the US Treasury has taken steps to boost cooperation and intelligence sharing. The Treasury’s Financial Crimes Enforcement Network (FinCEN) has now joined in a statement with counterparts in task force member countries and others to increase information sharing.

FinCEN will release an Alert for financial institutions about the importance of identifying and reporting suspicious transactions by sanctioned Russian elites, oligarchs, and their proxies that involve real estate, luxury goods, and high-value assets.

The body continues robust engagement with financial institutions through its public-private partnership authorities to enhance collaboration and information sharing and analysis.