How ethical is BP’s ethical move, and does it matter?

BP is ditching Rosneft; BP plans to be net-zero by 2050, but are its attempts to embrace ESG ‘Beyond the Pale’? 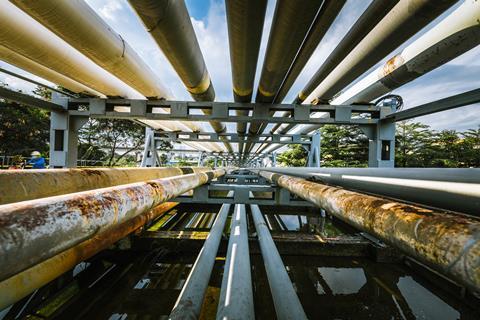 In covering BP’s decision to ditch Rosneft, the Daily Mail wrote: “The episode also casts an unflattering light on the virtue-signalling nature of much ESG – environmental, social and governance – investment activity. Woke campaigners were so obsessed with the environment they entirely overlooked the Kremlin.”

Is the Mail, and the article’s writer, Ruth Sunderland, being fair? There is no R in the ESG acronym— otherwise, it would read RESG — Russia, Environmental, Social and Governance. Companies do lose ESG marks if they partner with companies operating in countries famous for exceptionally low poor working practices or human rights. But having dealings with Russia is not normally considered bad ESG practice. And it is perhaps unreasonable to expect the ESG fraternity to shift overnight to reflect the tragic turmoil in Ukraine in their approach or in ESG scores.

But maybe the above misses the point. There is ESG in spirit, ESG that is meant, ESG that is heartfelt and ESG that isn’t greenwashing. So a company that applies ESG that is all those things, doesn’t need concerns over ESG ratings to determine its reaction to the Ukrainian crisis.

And that brings us to BP, but maybe we should rewind the clock to the year 2000. In that year, BP embraced a re-brand: Beyond Petroleum. It was glitzy; it was bold but was it genuine? Does a company have genuine thoughts? Answer no, a company doesn’t have any thoughts. But its shareholders do its staff, and so do its directors.

At the time of the Beyond Petroleum re-brand, its famous chairperson, Lord Browne, said: “We are aware the world wants less carbon-intensive fuels. So what we want to do is create options.”

When you consider what Lord Browne has done and said since I would say it was heartfelt. If you want to divide the climate change debate along the lines of goodies and baddies, Lord Browne is surely a goodie.

But did BP mean it?

The Gulf of Mexico oil spill put the kibosh on the Beyond Petroleum plan. And BP was very much seen by the US public as a baddie. When the DeepWater Horizon movie was made in 2016, BP executives were portrayed in such a negative light that it is a wonder that the Imperial March wasn’t played every time they appeared on camera.

Famous and quite brilliant climate change scientist and author of ‘The New Climate War,’ Michael Mann says it was BP which invented the first carbon calculators and says the whole idea of individual carbon footprints, which BP helped pioneer, was to distract the public from big oil’s wrongdoings.

He suggests that oil companies have become climate delayers, and all their ideas about net-zero amount to little more than smoke and mirrors.

Carbon sequestration is a concept Michael Mann is especially scornful of; he calls that a delaying tactic — and indeed has been critical of Bill Gates for supporting carbon capture. Mann says the technology to defeat climate change already exists and just needs scaling up.

Then along comes BP’s latest CEO, Bernard Looney, with Instagram as his tool, and proclaims BP’s environmentally friendly policies to all of his 14,000 followers how green BP is.

They call him the Instagram CEO, although some say you have to be pretty green to believe it all.

Jordan Peterson is not a man whose views always chime with the ESG fraternity, but he said one thing that is clearly right.

He says that before 1880 life was unremittingly bad.

It didn’t begin to change for the better until the late 19th century, and oil may have had a lot to do with it.

What is the difference between medieval misery, Victorian industrial hell and modern life, where we are better off than at any time in history? The simple answer might be oil?

So when we slate oil, remember it has made us what we are. Former world chess champion Garry Kasparov says, “technology is the reason people are alive to complain about technology.” But if you replace the word technology with oil, that statement might be just as accurate.

Oil matters, and as an oil major, so does BP. So let’s not be too hasty to condemn as evil a company that helped drag the mass of humanity out of misery.

But times change, and so does climate, and indeed it changes at quite possibly the fastest rate since a dinosaur looked up at the sky and said: “What’s that large firey thing heading towards the Earth.”

Oil may have removed the shackles of substance living from us, but it now threatens, along with other fossil fuels, deforestation, and maybe Vladimir Putin, to send us back to the Stone Age.

BP is run by people

BP doesn’t think anything but Bernard Looney does, as do its employees and shareholders. (So do its customers, for that matter, but that is another story.)

I happen to think Looney believes in net-zero and is probably horrified by what is going on in the Ukraine too.

Who will BP sell Rosneft to? Presumably, the only potential buyers are the Russians, and I am not sure BP wants to accept Russian money — Swiftly or not.

So BP is taking a massive financial hit, which was probably unavoidable.

Alternatively, accept we are where we are and get it right now.

Did BP shed itself of Rosneft because of a kind of existential angst and moralistic desire to do what is right? Or did it recognise that the asset is now, in the era of sanctions, virtually worthless and decided to make a sound business move and try and sound all ethical and nice while it was doing it? I am not sure about the answer to that, and I am not sure I care, except that I think Looney and BP staff do care.

I will keep the names anonymous, but I observed a conversation on an investment forum on Facebook discussing the BP move.

One comment stated, “There are more important things than money,” and that comment seemed to sum up the consensus.

Shareholders care about ethics too, but maybe not all of them.