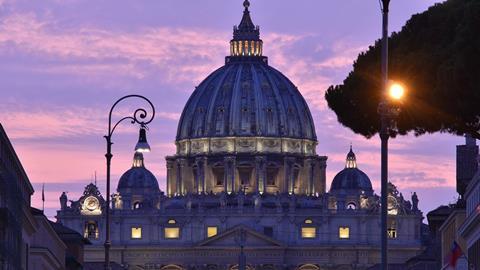 The Vatican’s criminal tribunal has indicted Cardinal Angelo Becciu and nine others for financial crimes including embezzlement in connection with a €350m ($415m) London property investment.

The charges follow a two-year investigation into how the Vatican’s Secretariat of State managed its asset portfolio, much of which is funded by the Peter’s Pence donations from the faithful.

A scandal over multimillion-dollar losses has resulted in a sharp reduction in donations and prompted Pope Francis to strip the office of its ability to manage the money, the Associated Press reported.

Five former Vatican officials, including Cardinal Becciu, three Italian businessmen and a lawyer who handled the London investment have been accused of milking millions of euros from the Catholic Church in fees related to financial investments. They variously face charges of abuse of office, extortion and fraud.

All of the accused deny wrongdoing, with Becciu saying: “I am the victim of a plot hatched against me and I have been waiting for a long time to know any accusations against me, to allow myself to promptly deny them and prove to the world my absolute innocence.”

The criminal tribunal’s president Giuseppe Pignatone has set 27 July as the trial date. But lawyers for the defendants questioned how they could prepare for a hearing so soon as they have not yet formally received the indictment or any of the documentation in the case.

In a commentary piece in the Crux, which covers Catholic Church and Vatican affairs, editor John L Allen Jr wrote of the charges: “It was one of those days where you could almost hear and feel the tectonic plates of history shifting beneath your feet. In the Catholic system, being a cardinal used to mean never having to say you’re sorry; now, it seems, even cardinals can be indicted and prosecuted, just like everyone else.