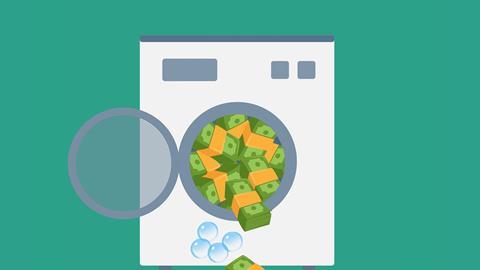 Customer officials in Hong Kong have arrested five men suspected of laundering about HK$170m (US$21.8m, €18.6m) in the first case customs has detected of an attempt to smuggle money out of the territory by driving over the border.

Couriers were hired to take it over the Hong Kong-Zhuhai-Macau Bridge and investigators suspect part of the cash was laundered through Macau casinos, the South China Morning Post newspaper reported.

The vehicles, a seven-seater van and tow truck, were stopped on the Hong Kong side of the world’s longest sea bridge.

Senior superintendent Mark Woo Wai-kwan said he believed the five suspects were members of a money-laundering gang operating since May. “We are still investigating the original source of the illegal proceeds,” he added.

Three of the arrested in operation Interceptor are drivers and two are money changers, customs said.

About HK$20m in cash was seized by officers when they intercepted the two vehicles, plus mobile phones, more than HK$300,000 in cash and about HK$580,000 of assets in follow up actions.

The investigation is ongoing and the likelihood of further arrests is not ruled out, said customs.

The maximum penalty for money laundering in Hong Kong is a HK$5m fine and imprisonment for 14 years.