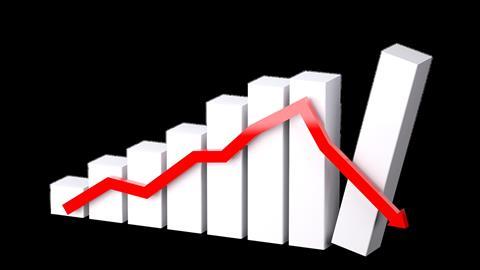 In the first half of 2021, global fines for anti-money laundering and data privacy compliance violations fell by over 50% year on year, but could swiftly rebound as financial crime continues, according to Fenergo.

According to the Irish fintech provider, 85 entities were fined by global financial institutions for violating anti-money laundering and data privacy regulations in the first six months of 2021, a decrease of 26% from the same period in 2020. These fines amount to almost $938 million in total - a 46% decrease.

“In recent years, the enforcement actions levied against financial institutions have been at record highs as a number of major scandals were investigated and concluded by regulators. This year we’re seeing something markedly different, with the total value of fines issued at the halfway point of the year much lower than last year. That’s not to say we won’t see the full year totals reach their typical levels with conclusions due across several significant AML cases,” explained Fenergo’s global director of financial crime, Rachel Woolley.

”We continue to see enforcement action driven, at least in part, by recent FATF activity as countries facing scrutiny clampdown on perceived weaknesses in their regulatory regimes. We’re also seeing the continuation of the trend in fines aimed at non-financial firms such as gambling companies as regulators look to close the net on criminals.”

Woolley added that whilst the volume and value of enforcement actions are declining, it should be noted that this does not mean there is less financial crime occurring: ”The scale of fraud that took place during the pandemic, particularly in the US, will prompt investigations into financial institutions for facilitating the crimes due to ineffective systems and controls. This will lead to enforcement actions further down the line.”