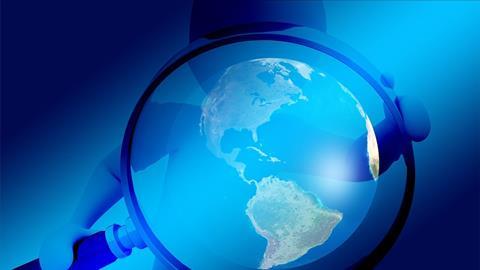 Prosecutors in Germany have raided the finance and justice ministries as they investigate the government’s anti-money laundering agency, the Financial Intelligence Unit (FIU).

The central issue is whether it was told to ignore warnings of suspect payments to Africa.

The public prosecutors launched their inquiry after receiving complaints from banks that the FIU had not acted on millions of euros of suspect transactions, including to Africa, between 2018 and 2020. The banks were concerned the money was linked to trafficking of arms and drugs and terrorism financing.

The FIU took note of the report but did not forward it to law enforcement agencies, Reuters news agency reported prosecutors as saying.

They are also looking into the fact suspicious activity reports (SARs) have dropped drastically since the FIU took over control of the fight against money laundering in 2017.

Previous searches of the unit revealed there had been extensive communication with the ministries searched on 9 September, they added.

German news service Deutsche Welle reported prosecutors as saying they are still determining if a crime had taken place. It is unclear if the FIU failed to pass on the reports of fraud of its own accord, or was directed to do so by someone at one or both of the ministries.

Reuters reported that people familiar with the FIU’s work say it has long struggled to keep up with the tens of thousands of warnings it receives about suspect money transfers.

The country’s AML efforts are also under review by the Financial Action Task Force (FATF), and the FIU plus financial regulator BaFin are under scrutiny for failing to spot problems at payments company Wirecard, which collapsed last year in Germany’s largest corporate fraud.