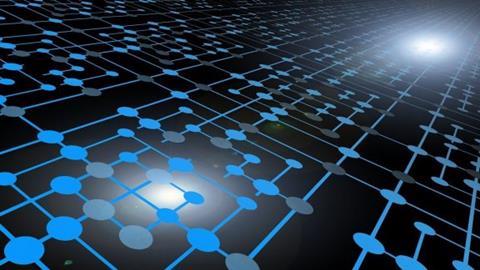 Tim Berners-Lee has launched an enterprise-friendly decentralised web platform using the open-source technology, Solid, to “restore power” on the web.

Since 2018, the open-source Solid technology has only been available to data subjects for personal download, but the enterprise version provides companies with Solid’s decentralised infrastructure to use within their own organisations.

The BBC, the UK’s National Health Service, and the Government of Flanders in Belgium have been working closely with Inrupt to bring scale the technology, according to Berners-Lee.

The company argues that the platform will give patients more control over their health data: “Patients will be able to permit doctors, family or at-home caregivers to read certain data from their Solid Pods, and add caretaking notes or observations that doctors can then read in order to improve patient care.”

The premise of the technology is straightforward: store your personal information separately in a personal “pod” (personal online data store) and share only what is necessary with services only when you are using them.

“Working in stealth mode” to get the technology up and running, is Chief of Security Architecture at Inrupt, Bruce Schneier, who explains “pods” in his blogpost, “You authorize granular access to that pod to whoever you want for whatever reason you want,” he says.

“Your data is no longer in a bazillion places on the Internet, controlled by you-have-no-idea-who. It’s yours. If you want your insurance company to have access to your fitness data, you grant it through your pod.”

The shift in data management protocols, Berners-Lee argues, is more than timely. “The technologies we’re releasing today are a component of a much-needed course correction for the web,” he said in a statement. “Ultimately, this new foundation of trust and cooperation will lead to entirely new business models that actually benefit users as well.”

But will Big Tech get on board?

In a 2018 interview, Berners-Lee made it clear that tech giants like Facebook and Google are unlikely to favour a decentralised web where data is no longer kept in silos controlled by companies that own them.

He said, “we are not talking to Facebook and Google about whether or not to introduce a complete change where all business models are completely upended overnight. We are not asking their permission.”

For now, Berners-Lee plans to focus on the functionality and applicability of the platform, rather than pursuing capital.

“I don’t think overmuch about ‘wow how are we going to build a huge, scalable business here.’ It’s much more about how do we really get after this, and deliver the kind of promise that we believe we can, make these use cases fly, be really successful, and we’ll figure all the rest out,” he told Business Insider.

PrivSec asked world renowned cybersecurity expert Edgar Perez about the cyber risks associated with open-source technology, to which he stated that he would be keen to see Tim Berner-Lee’s implementation of Inrupt. He added, “When you think about open source, it’s not something that you own, it’s not just one particular company, if you think about the code, it’s going to be a widely available for everybody to use, everybody will be able to leverage code that was created by let’s say, a top hacker in the world, and eventually improve that.”

To mitigate the risks of hacking, Berners-Lee enlisted the help of his partner John Bruce – who previously built IBM’s security platform Resilient – and Bruce Schneier, who said in a blogpost that “building a secure technical infrastructure is largely about policy, but there’s also a wave of technology that can shift things in one direction or the other.” He believes Solid is one of those technologies.

“It moves the Internet away from overly-centralized power of big corporations and governments and towards more rational distributions of power; greater liberty, better privacy, and more freedom for everyone,” he added.