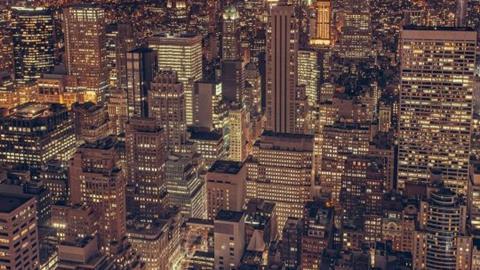 ‘SARs are used as a free pass for bankers and this must stop’: US regulation chief hits out following FinCEN Files

The head of one of the most influential US regulators has heavily criticised the actions of bankers and called for radical change following the publication of the FinCEN Files.

Linda Lacewell, superintendent of the New York State Department of Financial Services, in a little noticed op-ed last month, called for action including sanctions for bankers who allow corrupt transactions. She also suggested regulators prescribe AML programmes, including automated transaction monitoring, if banks will not devise effective programmes of their own.

Lacewell said: “Banks say they did not actually know the money was criminally derived, yet they have been permitting massive transactions to run through shell companies to money laundering havens, with no apparent business purpose, notifying the Financial Crimes Enforcement Network and taking their cut in fees.”

The so-called FinCEN Files published last month revealed banks moved more than $2 trillion in payments flagged in suspicious activity reports (SARs) between 1999 and 2017. Some in the banking sector have responded by saying banks were effectively doing what they were supposed to through the SARs system, and that it is the system, including disclosure rules, that is to blame.

However, Lacewell made it clear that she does not think the bankers should be let off the hook

She said: “Individual bankers are rarely held accountable, so money laundering becomes a source of profits and bank fines become a cost of doing business. When the profits exceed the fines, the business choice is easily corrupted.”

Lacewell said the problem has been allowed to “metastasize” and is now “endemic in the system”.

She said: “The suspicious activity report — originally intended to alert law enforcement to potentially criminal activity — has become a free pass for banks.

“The report itself is frequently riddled with the names of anonymous shell companies that make it practically impossible to determine the identity of the perpetrators.”

Lacewell outlines several measures she thinks are needed to tackle the problem. She says banks must move to require disclosure of beneficial owners of corporations and limited liability companies in financial transactions and that leaders of financial institutions most do more to foster a strong culture of compliance.

She also said: “Let’s impose sanctions on the bankers who allow these corrupt transactions if the facts and the law don’t warrant prosecution.

“If global banks won’t devise concrete and effective anti-money laundering programs, regulators should prescribe them, including the use of automated transaction monitoring where needed.”

More on the FinCEN Files