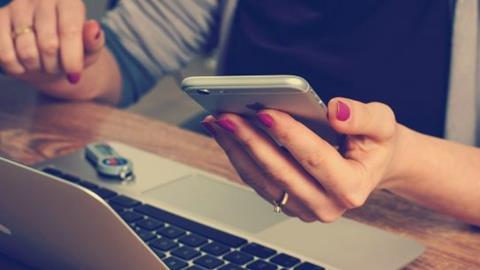 Digital advertising association IAB Europe has hit out at a preliminary report by the Belgian Data Protection Authority finding that its ad tracking consent framework does not comply with GDPR.

The widely-adopted Transparency and Consent Framework (TCF) is designed to help publishers tell visitors where data is being collected and how they intend to use it. It involves web users being asked whether to accept or reject ad trackers. It was developed following the adoption of GDPR amid concerns that the real-time bidding advertising system involves collecting and trading data between entities without consent.

The framework has been widely adopted, including by Google, but the Belgian Data Protection Authority ‘s (APD) investigations team has now raised compliance concerns about the TCF in a preliminary report seen by website Tech Crunch.

The TCF reportedly fails to comply with principles of transparency, fairness and accountability and also the lawfulness of processing and does not provide adequate rules for the processing of special category data.

In a statement, IAB Europe said it disagreed with the APD’s interpretation of the law, “pursuant to which IAB Europe is a data controller in the context of publishers’ implementation of the TCF”

A spokesperson said: “If upheld, the APD’s interpretation would have a chilling effect on the development of open-source compliance standards that serve to support industry players and protect consumers.”

She added that the TCF is” a voluntary standard whose purpose is precisely to assist companies from the digital advertising ecosystem in their compliance efforts with EU data protection law.” She said it contains a minimal set of best practices and does not seek to assist the procession of special categories of data nor intend to replace legal obligations or enable practices prohibited under the law.

She said: “We find it regrettable that a standard whose requirements reflect an interpretation of the law that errs on the side of consumer protection and aligns with multiple DPA guidance materials across the EU (should be the focus of an enforcement action, rather than an opportunity for a constructive, good-faith dialogue on how the TCF can be improved in ways that better align with the APD’s vision and with consumer and industry needs.”

The report into the TCF has now been passed to the APD’s litigation chamber which will examine the case and decide on the next steps.