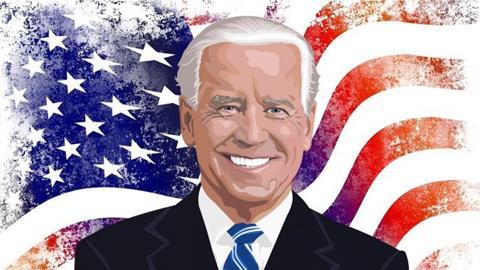 The President-elect used a large part of his pre-Christmas address yesterday to criticise the Trump administration’s approach to cyber threats. This followed a large attack on several US government agencies, which some, including Secretary of State Mike Pompeo, are blaming on Russia.

Biden said the attackers caught the US government “off guard and unprepared”.

Biden said: “The truth is this, the Trump Administration failed to prioritize cyber security. It did that from eliminating or downgrading cyber coordinators in both the White House and at the State Department, to firing the Director of Cyberspace and Infrastructure Security Agency, to President Trump’s irrational downplaying of the seriousness of this attack.

“Enough’s enough. In an age when so much of our lives are conducted online, cyber attacks must be treated as a serious threat by our leadership at the highest levels. We can’t let this go unanswered.”

Biden also called on the Trump administration to officially attribute blame for the attack on Russia.

Biden said he is currently focusing on putting his team in place to ensure he has the “right people in place” to prioritise cyber security.

He said: “ I’ll consult with experts to plan for the steps that my administration will take in order to secure our systems, improve our cyber defenses and to better withstand future attacks that we know will come and to impose costs on those who conduct them.

The recent cyber attack, is believed to have begun in March, when malicious code was put into updates to a popular software called Orion, made by network-monitoring services provider Solar Winds.

At least six US government departments, including energy, commerce, treasury and state, are reported to have been breached.