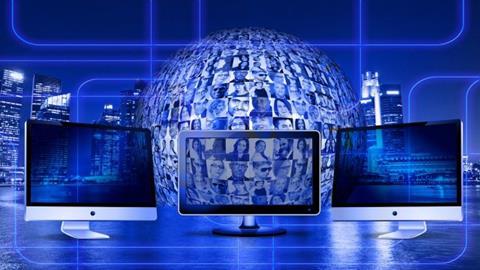 “The pace of change, the velocity of what’s happening – we need to really get far more of a grip and understand how to legislate and regulate in a world where things can go global in a fraction of a second,” says Lord Holmes of Richmond MBE, a member of the House of Lords Select Committee on Democracy and Digital Technologies.

Published on 29 June, the Committee’s report, ‘Digital Technologies and the Resurrection of Trust’, considered the impact of tech giants – such as Facebook and Google – on democracy and democratic participation. It paid particular attention to issues of trust and the capacity for digital technology to be a corrosive force in the democratic arena.

Lord Holmes is a keynote speaker at Last Thursday in Privacy on 30 July, organised by Data Protection World Forum. He told PrivSec that digital technology is “neither a negative nor a positive force. But, as currently constructed, it is an extraordinarily extractive model which extracts our data unpermissioned, it extracts economic resource and it draws it all up into the hands of a very small group of individuals, not even corporations. That’s neither beneficial for our economy, for our society and it’s certainly not beneficial for our democracy.”

Algorithms designed to maximise ‘dwell times’ often promote sensational – or more extreme – content, in order to generate interest among users. “You increase dwell time, you increase revenue, and you have of itself a terrible beauty. The beauty of an almost perfect economic model, but it’s predicated on division, hate and extremity.”

The Committee’s report, which the UK government has two months in which to respond, makes 45 recommendations aiming to promote a better experience for social media users. Its aim is to unleash the positive potential of digital technology – something that is close to Lord Holmes’s heart.

“When I was 14, I lost most of my sight overnight, and then I really immediately understood the enabling power of technology, and the link between people and people-led technology,” he said.

“Technology should never be seeking to be a work of perfection, but: is it sufficient, does it solve a problem, does it do the job, is it enabling, is it empowering?”

The report proposes a regulatory environment which neither stifles innovation nor allows hate speech. It considers the ‘platform versus publisher’ debate, taking the position that while platforms should not be seen as publishers for all content, they should nevertheless be responsible for the content that they promote.

“Freedom of speech is a cardinal principle of any democracy and it’s not about trampling on that,” he says.

“Freedom of speech doesn’t equal freedom of reach. So nobody has that entitlement to have their vile, hateful, hurtful, discriminatory, divisive content, pushed by the platforms.”

Education and digital media literacy feature prominently among the recommendations, as does funding for relevant regulators to bring their joint powers to bear on data abuse. In addition, the report outlines an urgent need to bring the Online Harms White Paper and Bill before Parliament.

“Digital technologies, and democracy and the interplay between the two, could be such a powerful alchemy. Or it could be exacerbating existing structural exclusion, crushing potential. But it’s down to us. It’s in our hands.”

To discover more from Lord Holmes about How the UK Parliament is Combatting Online Attacks in an Election, register at https://digital.privsec.info/talks/protecting-democracy-how-the-uk-parliament-is-combatting-online-attacks-on-elections/