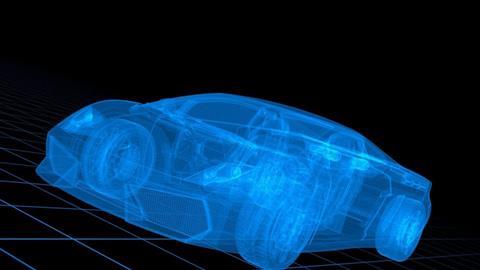 Connected vehicles and the rise of automotive cyber security

Vehicles are now entertainment, communications and productivity hubs, connected to both the internet and their surroundings – so automotive cyber security is increasingly essential, writes Alexander Moiseev

After many months of downtime, the much-anticipated resumption of major motorsport races has begun. However, like all other real-world sports, there have been various changes brought about because of the COVID-19 pandemic. For example, a series of amendments were made to almost everything in Formula 1 – from the race-start procedures and team operational rules, to podium ceremonies.

While “social distancing” (a term that I believe to be wrong and could be replaced with “spatial distancing”) is the new normal both for fans in the stands and circuits, some say coronavirus may change motorsports forever. However, what has already changed both motorsports and vehicles forever is connectivity, which has thrived in the past decade.

How did the decade change both racing and ordinary cars?

Motorsport enthusiasts may characterise the past decade as the era of two outstanding racers – Sebastian Vettel and Lewis Hamilton. But for F1 engineers and the bigger backstage team, the last 10 years were definitely connected to the ever-increasing digitalisation of racing cars – they became crammed with high-tech units that nowadays have more in common with the International Space Station than the average vehicle on the road.

An array of sensors is baked into every component of the modern race car – from about 50 of them in the engine, to those integrated into tyres and returning information about the road, the grip, and so on.

All these sensors enable the high-speed transmission, collection and analysis of vital data needed to pinpoint possible problems, improve race-day strategies, individual performance of a pilot, as well as of the cars themselves, turning a once “gut feeling” sport into the clash of IT solutions “telling” people what to do.

Nowadays, motorsport cannot be imagined without telemetry. Engineers collect and process tonnes of data during each ride, and the amount of exchanged information between F1 cars and the support team continues to grow exponentially. For example, just a few years ago a crew pulled 60GB of data from a car in a single racing weekend; today this number stands at about 2TB.

Technology helped the racing sport to move forward, powering Formula 1 as much as the drivers themselves. And, like drivers wear ultra-protective helmets, securing the data is no less important – we know this firsthand as we have worked in F1 for more than 10 years.

The 2010s have also significantly changed everyday vehicles – they’ve given up being just means of transportation, becoming full-fledged entertainment, communications and productivity hubs with hundreds of systems and apps connected to the internet, the cloud and their surroundings.

But IT complexity and security are conflicting features. The more complex systems and codes you have, the more chances to miss bugs, even after very thorough testing procedures, putting your data and the vehicles themselves at risk.

No wonder why, over the past 10 years, we have seen a spike in demand from the transportation industry. Today, Kaspersky works with several carmakers and manufacturers of key connected car components in automotive cyber security.

What awaits the automotive industry in the future?

All the forward-looking carmakers will undoubtedly continue getting the best out of opportunities that the latest technologies offer.

At the same time, the cars in the streets will become more cluttered with interconnected technologies, with demand for cyber protection evolving accordingly.

Analysts forecast that by 2023, worldwide sales of connected cars will exceed 76 million units, meaning that nearly 70% of worldwide new light-duty vehicles and trucks will be shipped with embedded connectivity, bringing new services and business models to bear in automotive markets.

The communication between car components, and other vehicles, as well as traffic management infrastructure will continue increasing, along with the quantity of data between the users of the vehicle and the outside world.

Therefore, the role of IT technologies in the automotive sector will grow exponentially, while connected vehicles and intelligent transport systems will need thorough protection against online threats and breaches.

In (let’s say) 10-15 years, AI algorithms could even be competing with real sportsmen – or even each other – on supercar race tracks, with people watching closely like many followed man-versus-computer chess battles between IBM’s Deep Blue and Garry Kasparov in 1996 – 97.

We can’t be sure if that will eventually happen, but we’re confident that new technologies of tomorrow need cyber security as an enabler – and time-proven solutions to help to bring on the safe and secure future of connected vehicles.