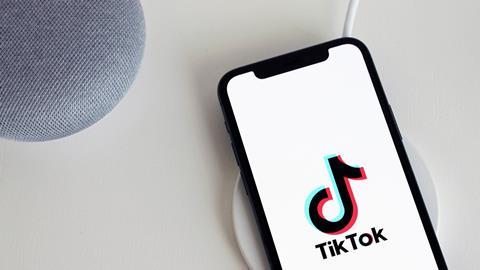 The Dutch Data Protection Authority (DPA) has imposed a fine of € 750,000 on TikTok for violating the privacy of young children.

Last year, the Dutch DPA launched an investigation into TikTok following concerns regarding the privacy of children - whom under the law are treated as an especially vulnerable category.

When installing and using the app, the information provided by the app to Dutch users was in English and thus not readily understandable. By not offering their privacy statement in Dutch, TikTok failed to provide an adequate explanation of how the app collects, processes and uses personal data - and thus an infringement of privacy legislation as users must be given a clear idea of what is being done with their personal data.

Children are less aware of the consequences of their actions, including the implications of sharing personal data on social media.

Transfer of the TikTok investigation

Speaking on this subject, the DPA’s Deputy Chair Monique Verdier remarked, ‘We are now transferring several results of our investigation to the Irish Data Protection Commission. Initially TikTok did not have its head office in Europe, and we were able to look into this matter from the Netherlands, but in the course of the our investigation, TikTok established operations in Ireland.’

‘From that point on, the DPA was only authorised to assess TikTok’s privacy statement because the violation itself had already ended. It is now up to Ireland’s Data Protection Commission to finish our investigation and issue a final ruling on the other possible violations of privacy investigated by the DPA.’

In early October of last year, the DPA submitted a report of the findings of its investigation to TikTok. TikTok then implemented a number of changes to make its app safer for children under the age of 16.

One remaining issue is that children can still pretend to be older by filling in a different age when creating their account. By doing so they put themselves at greater risk.

‘With around 3.5 million users in the Netherlands, TikTok is one of the most popular apps right now,’ said Ms Verdier.

‘It can be fun to make videos together and see what other people make. But there are also people who are on TikTok for the wrong reasons. People who share videos that are meant to be private, who bully users or engage in grooming behaviour. The DPA welcomes the changes TikTok has made.’

Parents now also have more control over their child’s account. They can manage their child’s privacy settings through their own account and the ‘Family Pairing’ feature.

‘We’re happy that parents can now control the privacy settings of their children’s account from their own phone,’ said Ms Verdier. ‘Despite these changes, we would encourage parents to talk regularly with their children about what they do online. Take an interest in the videos they make and talk with them about the way they and other users respond to each other on TikTok.’

TikTok has lodged an objection to the fine.