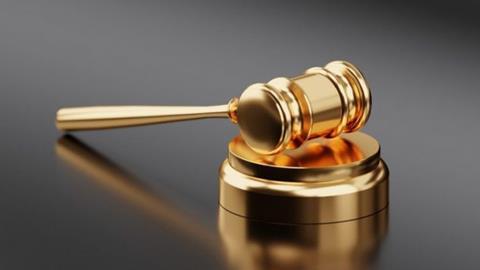 A British court has ordered tax cheat Adam Umerji to pay more than £37m ($51m, €43m) after being convicted in his absence of defrauding the UK’s tax-collection service, HMRC.

Umerji, who skipped his trial and fled to Dubai, faces ten years in prison if he fails to pay.

He was convicted of conspiracy to cheat HMRC and money laundering in a case which involved a network of companies and a huge number of transactions to cover up the theft of value added tax (VAT), the CPS prosecution service said.

The case is known as missing trader fraud because the defendant has gone missing with tax revenues.

The presiding judge accepted the prosecutors’ argument to have the confiscation request heard in Umerji’s absence because all reasonable steps had been taken to make him aware of the hearing. He was issued with a confiscation order of £37,667,622.

CPS official Manjula Nayee said: “Despite Umerji being absent at the hearing, it is important to deprive him of money gained from illegal practices. Umerji has defrauded the taxpayer of over £37 million: money that could be spent on the doctors, nurses, police officers and other vital public services.”

The prosecution was conducted by the CPS’s specialist fraud division after what the service described as a complex criminal investigation by HMRC.

Nayee added: “This is one of our largest ever confiscation orders and demonstrates where we can take money from people who have profited from crime, we will not hesitate to do so.”