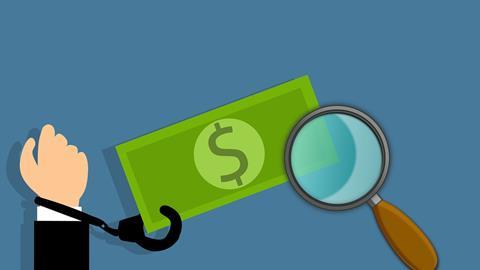 The UK is facing a greater threat from fraud than during the 2008 financial crisis and government efforts to fight it are falling far short, members of Parliament were told.

Claiming the country has created a haven for fraudsters, David Clarke, chairman of the independent Fraud Advisory Panel, suggested to members of the treasury select committee that a minister should be appointed to an economic crime portfolio to produce more accountability.

“We are in a real pickle. There is no ownership and accountability. We would love to see a real deep look at this … We really need to up our game, because we have a major tsunami coming our way on fraud,” he was quoted as saying by the Independent newspaper.

Helena Wood, from the Royal United Services Institute defence and security think tank, said UK authorities are “absolutely not” able to deal with the amount of data they receive from, for example, suspicious activity reports (SARs) from banks, estate agents and others, and called for an overhaul of the system.

Despite the City of London’s role as a global financial centre, the UK is not stepping up to the challenge.

“With great size comes great responsibility. The main thing we can particularly learn from the [United] States is that they accept the responsibility of having a large financial centre and they respond to the risk accordingly,” she said.

“Nobody really fears the [UK’s Financial Conduct Authority] globally, but they really fear the regulators in the States because they’re taking a much more robust approach.”

Wood argued the government does not realise how much damage is being done to the country’s reputation, especially now money laundering has become a key focus of the Biden administration in the US.

Duncan Hames of Transparency International commented that the ease with which dirty money can move through British companies has real consequences around the world, adding: “At the end of the day, UK companies are a global problem.”

He claimed voters will soon need more identification to cast their ballot in a parish council election, Britain’s lowest tier of government, than to set up a network of shell companies.

Clark of the Fraud Advisory Panel told the committee a lack of progress combating the problem has made police officers feel powerless. Some of the best fraud investigators he recruited during his time with the City of London Police have left to join big banks, and one has even decided to become a train driver, he said.