On day two of FinCrime Global, experts delved into the world of crypto-currency and regulation technology (RegTech) in anti-money laundering. 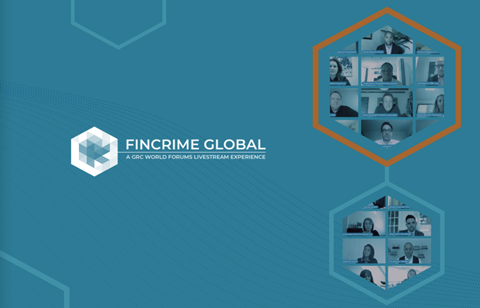 In the morning, panellists turned their attention to the race to regulate crypto technology, and looked at how regulators are responding to the risks involved.

“The picture is really mixed. Where we might have called crypto a “wild west”, there’s definitely more movement towards better regulation, but responses do vary.

“We must understand the nature of what crypto includes – it includes DeFi, NFTs, and also more traditional stuff like crypto-currencies which are used by any number of businesses and business models, and this causes issues for regulators in terms of understanding risks, understanding how regulation is possible.”

Speculating on the progress being made by regulation enforcement, Katie Fry-Paul said:

“I think enforcement will follow very swiftly, and all the regulators’ noises are that firms should be preparing for this. We already have enforcement under existing structures, and there’s an element of regulation-by-enforcement.

“There’s been a question mark around the ability of international investigatory forces to get a hold on cross-border crime, but the tools are there for them to be able to do so, their knowledge is developing.

“In the States, we’ve seen the development of a national crypto-currency enforcement team, really looking at complex cases in detail and becoming active in pursuing them.

“Criminals are exploiting new and emerging innovations in the crypto space, especially where there are regulatory grey areas. For example, in the DeFi space, and with regards to NFTs (non-fungible tokens).

“As DeFi platforms become more liquid, there’s more opportunity for criminals to use them for money laundering purposes.

“We’re seeing hacks of DeFi applications, there’s bugs in the code and criminals are working out how to exploit these bugs. Usually operators aren’t protected against losses stemming from this activity. AML sanctions checks aren’t happening through a lot of these DeFi platforms. I think we’ll see criminals continue to target DeFi.

“Regulators are still coming around to understanding NFTs and trying to determine which regulatory frameworks can fit these technologies. In the subsequent panel debate, focus fell on crime within the crypto domain and the dangers illicit activity poses to the broader financial sector.”

“Today with crypto fraud, we’re getting reports coming in that we saw $14 billion dollars going to illicit crypto addresses. When we talk about these addresses – that doesn’t take into account addresses that aren’t illicit through which laundered funds also travel. This is a revenue stream for hackers.

Nicholas Ryder, Professor in Financial Crime, University of the West of England, said:

“We need to bear in mind with state hacking that it links into state-sponsored terrorism. If you look at why perceived state sponsors will hack crypto – it’s that it can be a very effective way to generate income. We’ve seen over the last 20 years through the war on terrorism that the sanctions regime has grown. Countries must implement the sanctions regime.

“Crypto offers a way to avoid the sanctions regime, so I think from a terror-financing perspective, crypto theft/hacking/fraud are opportunities for terrorists to use new ways to move money around. If you look at a global regime to regulate crypto – that’s a long way off. That raises important issues regarding the level of regulation from a global standard.

“Fraud accounts for 40% of all reported crime in the UK, and of that 40%, 54% is cyber-related. Crypto could be seen as a get rich quick mechanism, people struggling through Covid could maybe use crypto to increase their wealth without necessarily knowing the risks involved,” Ryder concluded.

Before lunch on day two of FinCrime Global, audiences were given the lowdown on the state of crypto regulatory frameworks across the world, with focus on the USA and Europe.

“After a brief foray into Crypto in 2021, in October, Chinese authorities have banned all virtual currency trading and speculation. All ‘cryptocurrency’ related business activities are ’

“illegal financial activities” and strictly prohibited, according to a joint announcement by China’s central bank and nine other government departments.

“China was previously strictly regulating and limiting cryptocurrency activity for a number of years. In 2017, it banned exchanges operating in China. It also banned initial coin offerings where companies were offering tokens and raising large sums of money all around the world.

Trading in cryptocurrencies has been banned in China since 2019, but it has continued online through foreign exchanges. In May 2021, financial institutions and payment companies were prohibited from providing services related to cryptocurrencies, bolstering similar bans issued in 2013 and 2017, as I have stated above.

”Although all Cryptocurrency trading in China is strictly banned China’s CBC (Central Bank Digital Currency) and its adoption, is thought by some to one day either rival trading in the USD or even overtake it.

“In addition, the United States seems to be far behind in their own adoption of its own CBDC Dozens of countries–together representing more than 90 percent of the global economy–are exploring CDC. China is moving ahead quickly: it piloted a digital yuan in late 2019 that is now used for billions of dollars of transactions. In the United States, there is reportedly disagreement among Fed officials over the need for a digital dollar.

“The undeniable truth is a digital yuan could give Beijing even more control over its economy and citizens, and threaten the U.S. dollar’s status as the favoured international reserve currency, experts say.”

“The cryptocurrency Bitcoin initially raised financial concerns for governments worldwide. My opinion is in time all will be fine. Despite its use for buying goods and services, there are still no uniform international laws that regulate Bitcoin.

“Many developed countries allow Bitcoin to be used, such as the U.S., Canada, and the U.K., while several countries have made it illegal to use Bitcoin, including China and Egypt,” Williams added.

“From Fool.com: “70% of American adults would consider buying (or buying more) cryptocurrency if they could store it in their primary bank account”. According to research from The Ascent, a Motley Fool service, found that over 20% of American adults that have never owned cryptocurrency-over 50 million Americans-are likely to buy crypto in the next year,” Williams concluded.

In the afternoon, experts at FinCrime Global looked at regulatory change management frameworks, and how dynamic controls should be used on a regulation landscape in flux.

“Firstly, brought on by the pandemic – digitalisation of the entire customer journey. The key part is the KYC/B interaction with customer onboarding. That process involves a manual, human intervention for verification. The digital channel by which verification happens has evolved very quickly over the past 18 months. That has been a major change through which onboarding and KYC happens.

“Regarding the regulator standpoint, the pace of regulatory change post-2008 financial crisis flurry, is, believe it or not, slowing down. But I’m seeing a greater focus from regulators on enforcement and supervision.

“There’s an increasing expectation from regulators regarding the frequency of reporting. These trends were already there pre-pandemic, but the pandemic has turbo-charged that trend, and we’re seeing that with different operating models for financial institutions there’s more appetite for firms to meet requirements of regulators using the latest functional technology; increased use of ML and machine processing.

So much verification can be executed remotely. They’re at such a standard that they can be lower risk than face to face, or equivalent to.

Anti-money laundering (AML) was next up for debate – an issue that CEOs are being warned to take seriously with the use of new controls. Regulators have worked through many AML data challenges and experts at FinCrime Global discussed what these are and what the future holds in this sector.

“I would say the main benefit is data trawling – gathering and presenting of data in a way that makes a reviewer able to confidently create a viewpoint. Whether that’s gathering internal info inside information systems, or looking at things like negative media – you can spend years looking up negative media on companies and people. Having the power of the data churning to bring it together into relevant chunks to understand the context and make an informed decision – that’s an incredibly powerful tool.

“One of the opportunities that was missed recently, is the government’s Covid payouts. There was a chance there to use these systems to gather real and relevant info about the validity of many claims and of the businesses involved.”

I think this culture will stop people from being data processers, and enable them to become risk-based decision makers,” Francis concluded.