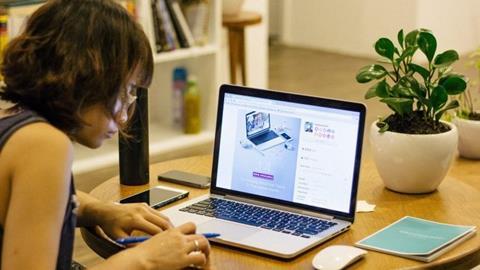 Will Covid-19 lead to a permanent change in the way we work, and how will this affect business, the economy and even climate change?

Before Covid-19, home working was on the rise anyway. Will the shift to home-working created by the virus crisis create a permanent shift, and if so, what will that mean for business, the economy, climate change and for that seldom discussed aspiration: the quality of life?

Even before there was Covid-19, in Holland a mere 47% of the working population worked from an office.  The UK and US lagged way behind. Although the proportion of home workers has risen sharply in the last decade, a report from Ransted found that 65% of UK workers still work from an office.  In the US, the proportion of the workforce working remotely increased from 39% in 2012 to 43% in 2016.

It may not be the most scientific survey ever produced, and any correlation might be a coincidence, but the data seems to suggest that homeworking is good for the economy.

But maybe the above finding shouldn’t come as a surprise.

After all, think of all that time wasted by commuters stuck in traffic jams or standing on a crowded train.

One report predicted that if the proportion of UK homeworkers could rise to 53%, then the UK economy would receive a £20bn boost.

Commuting is expensive — the average UK commuter spends £66.31 a month travelling to and from work. Londoners spend an average of £76.49, taking up 84 minutes a day, on commuting.

Maybe, however, it is the outliers who really pay the price. If you travel by train into London every day from more than 50 miles away, then the daily costs could easily top £70.

Then there is the hidden cost. In order to save time and money, some commuters choose to live as near as possible to their place of work but then they pay for this in rent, a higher house prices, and higher cost of living.

There is another set of benefits. For some people, they work better that way.

Some people are at their best early in the morning, that valuable window when productivity could be at its highest, could be wasted travelling in a train, or in a car, stuck in traffic.

A flippant response might be to suggest working as you commute, but you try working when you are on a crowded train, often as not unable to find a seat. Some trains get so crowded that people are forced to stand in the toilet.

And even if you can find a seat, it’s not so easy when internet connectivity comes and goes, your phone signal is unreliable, or if your journey is staggered — drive to the station, queue for a ticket, wait for a train, change trains, disembark and make your way through the crowds to wait for your bus or underground train. Stand on that. Queue to get off.

If only we could just copy and paste our journey. In this digital age you don’t need to type the same words over and over again, you can type once and then copy and paste. Yet you have to do the same journey over and over again. The digital way is simple, don’t copy and paste exactly, but use digital technologies to bypass the analogue way of doing things. Let your commute involve crawling out of bed, and staggering your way across the landing to a spare room, kitchen, dining room, or wherever your home working environment is.

Then there is the issue of working in the age of globalisation. You might need to communicate with people from all over the world, different times zones. That’s a whole lot easier when you are working from home — a phone call to Hong Kong before breakfast, California after dinner.

Famously, when she was the boss of Yahoo, Marissa Mayer banned home working. “To become the absolute best place to work, communication and collaboration will be important, so we need to be working side by side. That is why it is critical that we are all present in our offices,” she said.

That’s one of the big disadvantages of home working

Doesn’t a dynamic, agile business, always looking to innovate with more than half an eye on any potential threat posed by disruptive technology, need its staff working together? Doesn’t it need them feeding off each other’s ideas, creating a kind of melting pot of creativity?

Those who work with digital transformation talk about creating a working environment that breaks down barriers between departments — strategically placed water fountains, for example, kicking off discussions between people who might not normally converse, who benefit from the greater understanding this brings.

Even the elevator can become a place where ideas from different parts of a company can converge and give birth to something exciting.

If silos are the enemy of digital transformation, then isn’t a work force scattered across as many homes as there are workers, the ultimate siloed workforce?

The good and bad for individuals

For the individual working from home, the benefit can come in the form of a sense of freedom — work and personal life in balance, at least that’s the aim.

But working from home can be associated with loneliness. It’s amazing how irresistible that biscuit jar can become, a substitute perhaps for the comfort of human to human interaction.

Then there is the issue of avoiding temptation not to work. JB Priestley is said to have worked strictly from nine to five, taking a break for lunch. Not many of us can be so self-disciplined.

There are lots of temptations on working from home — in an office, there is not much to do other than work.

On the other hand, office politics and unnecessary meetings can hit productivity hard.

Trust and how you measure output

It may boil down to how much you trust staff.

Related to that is how you measure performance.

If, on the other hand, it’s what your staff produce that counts, then maybe to make homeworking effective you just need a defined way to measure output.

Technology has changed it all. Homeworking is not unique to the computer age — Darwin wrote the Origin of Species from his home in Orpington, now a part of Greater London.

But computers and the internet have had a transformative effect.

Now the Cloud, video conferencing services such as Zoom and productivity tools such as Slack or Microsoft products have created another major shift towards homeworking.

Slack, for example, because of the way it supports communication within a group, can overcome the geographical barriers created by home working, allowing the flow of ideas across the workforce.

For smaller groups, WhatsApp can become an enormously powerful tool.

Burgeoning technologies, however, can have a far more powerful effect.

Consider for example, how, within a few years, augmented reality, could support communication hologram to hologram. Your colleagues may be separated by hundreds of miles in the real world, but via the aid of augmented reality lenses, it could soon be as if they are sitting next to you.

Maybe, in the not so distant future, every home will come with a green screen — a desk, computer and you in front of the screen, your working station a part of a computer generated office, your colleagues next to you.

Virtual reality could create places where we communicate avatar to avatar — we could even have brainstorming meetings in which our identities are kept secret, encouraging a more open discussion.

Such working practices may seem to contradict some of the other benefits of working from home, such as a sense of freedom and the ability to set your own working hours, but they could be occasional options.

The economic implications are significant. Aside from the boost to productivity, we have already considered, the cost saving from commuting will hand more disposable income to workers, which in turn may boost the local economy.

The impact on transport infrastructure will be dramatic. The particular benefit will be to reduce the differential between the flow of traffic between peak times and normal times.

Infrastructure should be of a sufficient scale to support peak travelling times, which in turn can mean wasteful spare capacity at other times. By reducing this differential, transport infrastructure could be managed more efficiently.

There will never come a time when home workers never leave the home — unless augmented reality technology really can create an environment that is indistinguishable from the real world there will always be a need for some face to face interaction.

Some jobs will have to be done away from home — it is quite hard to imagine a hospital managed remotely for example. (Unless we navigate robot carers and surgeons from home.)

But it is clear that by increasing home working it will become much easier to win the fight against climate change.

Another consequence may be to support the growth of local economies at the expense of city centres. Cafes and restaurants may become more common in semi-rural areas, less so in city centres, for example.

The impact on house prices may be dramatic — with homeworking, it will become easier to live in areas where the property is cheaper — re-introducing housing stock that might currently be derelict.

The genie is out

The homeworking is accelerating thanks to Covid-19. The longer the crisis continues, the longer companies and workers have to become used to homeworking and become aware of the benefits.

The genie is out now. It may never return.