Michelle King, Managing Director of Equality Forward, former Director of Inclusion at Netflix and leading global expert in gender equality, discusses how workplaces need to adapt to embrace a culture of equality. 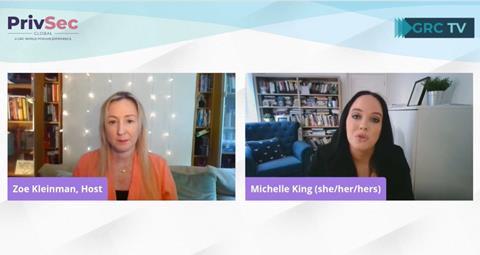 With research indicating that there are around 17 barriers that women encounter within the workplace and around 6 barriers that men encounter, Michelle King discusses how businesses can shed their industrial thinking within their leadership to adapt to current times.

King says, “Fixing women, fixes nothing. The challenge is women are not the problem.” Adding, “Workplaces that truly value difference will do better than others.”

“My message to all women is to recognise that it’s not you, it’s likely your workplace.”

Discouraging the “Lean in” mentality which encourages women to challenge their inequality, King says such an approach focuses on women and not workplace culture.

Likewise, she says, “living up to the Don Draper prototype costs men,” adding, “It’s a lot harder for men to deviate from a transactional way of leading.”

A Culture of Equality

On what she calls a “hangover from the 1950s,” King says, “We have moved from an industrial way of leading, to relying on innovation.” Additionally, she argues that equality culture in workplaces is “shifting from prototype-based cultures to value-based organisations,” which has only been exacerbated by the COVID-19 pandemic.

Ultimately, King says the three driving factors for the promotion of a culture of inequality within the workplace are, lack of transparency, inconsistency, and ambiguity.

With how we view good leadership changing, King says organisations must focus instead on innovation within their culture. “Leading drives culture and culture drives experiences of inequality,” she says.