Manchester chosen for state of the art data centre in UK

Manchester in the UK’s north-east has been chosen as the new home of an International Business Exchange (IBX). 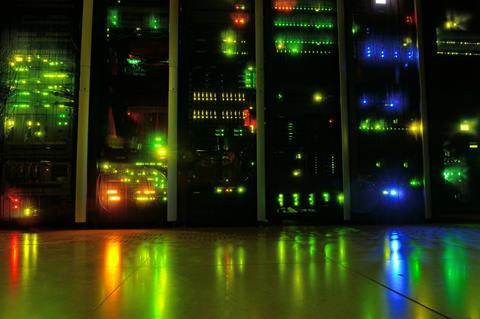 The data centre, to be installed in the city’s Agecroft Commerce Park in Salford, is to be developed by digital infrastructure leaders, Equinix. Manchester, the UK’s second-largest city was the stand-out candidate for the new hub thanks to its fast-growing technological scene, and growing reputation as an eCommerce and start-up ecosystem.

Noted as Europe’s second-largest city for creative, digital and media, Manchester is also home to Media City UK, one of the world’s most advanced media centres and the location of the British Broadcasting Corporation (BBC) headquarters.

Manchester occupies a key strategic location at the intersection of the UK’s highly resilient “figure-of-eight” fibre-optic network. It is home to low-latency connectivity through network routes to the United States and has access to international subsea cables via Ireland and the West of England.

The new IBX, to be named MA5, will be Equinix’s fifth data centre in the Greater Manchester area and is scheduled to open in the middle of next year.

“The UK is one of the world’s most digitally advanced economies. Through government and industry working together we are investing in new 5G and next-generation digital technologies to support UK businesses to build back better from the pandemic.

“Equinix’s new Manchester data centre will not only help to create well-paying jobs across Manchester and the wider North West, but will also make sure businesses have the digital technology needed to succeed and grow in global markets.”

“With a rich industrial history, Manchester has long been one of the UK’s leading cities for business, catering to globally renowned companies and start-ups looking to grow and scale their operations. MA5 will provide high-speed connectivity to the North of England, facilitating the next generation of digital transformation within the region. The new site will bring Equinix’s total investment in Manchester to over £130 million, and £1 billion+ in the UK’s digital infrastructure as a whole.”

“Greater Manchester continues to be a thriving region for both global tech companies and start-ups. We’re pleased Equinix is opening their fifth data centre here, which will bring with it even more career opportunities for the tech industry, as well as supporting the city’s digital infrastructure. We look forward to working closely with Equinix to support and develop the tech industry across the city as it continues to grow.”