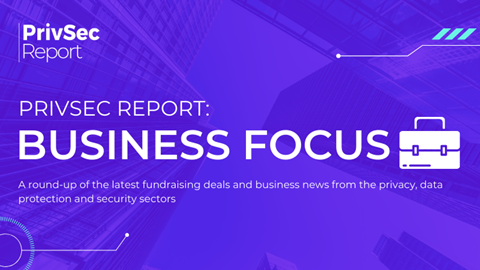 A round-up of some of the latest fundraising and business deals in the cyber security , data protection and privacy sectors

Mumbai-based cybersecurity start-up 1Kosmos raised $15.1m (Rs 110 crore) in a Series A round from ForgePoint Capital. The company, which offers identity and authentication assurance through biometrics and a blockchain system, plans to use the fresh capital to accelerate its growth and product roadmap.

Cufflink, a data privacy and cyber security company in North Wales, United Kingdom has secured £500,000 in equity and grant funding.

The company, founded in 2018, landed seed equity funding led by the Development Bank of Wales together with investment from a group of London-based angel investors. It will use the funding to develop an app to help people control their personal data as well as its corporate security as a service offering.

Datomize has secured $6million of seed round funding for the commercialisation of its synthetic data solution that “accelerates time to market for artificial intelligence and machine learning models”. The Israeli start-up will also invest in new products to drive growth. This funding round was led by TPY Capital with participation from its first investor F2 Venture Capital, .

London-based cyber security company DynaRisk has extended its seed funding round to $3m. The funding will be used for working capital and to start facilitating DynaRisk’s entry into the North American market. This round of funding was led by Nexus Investments with participation from existing investors Insurance Capital Partners and Jonathan Marland. The company was originally backed by London based Cylon Lab.

US cyber company Rapid 7 has acquired Alcide, a provider of Kubernetes security based in Tel Aviv, Israel. This follows Rapid 7’s acquisition of Divvycloud last April. The company says the acquisitions “will enhance Rapid7’s ability to provide a cloud native security platform to its customers and facilitate continuous management of risk and compliance across their cloud environments.”

TPG Capital, the private equity arm of global alternative asset firm TPG, announced that it has an agreement to buy a majority stake in California-based Centrify, a provider of privileged access management solutions

Compliance training provider Traliant announced a majority investment from funds advised by PSG. The amount of funding was undisclosed.

Dubai-based cybersecurity startup Spidersilk raised $2.25 million in a pre-Series A round, led by venture firms Global Ventures and STV. The company, which also has offices in San Francisco, US, and Toronto, Canada, said the funding will help to build out its security, engineering and data science teams, as well as its marketing and sales.

Data security startup Qohash has raised $6.3m in Series A funding led by Fintop Capital. Qohash, based in Quebec, has plans to expand across north America.

Secure identity and access management provider Jumpcloud closed its Series E funding round with $100m, including an additional $25million since November from a group of investors, including Blackrock, HIG, Growth Partners and OurCrowd.

San Francisco-based email security company Abnormal Security raised $50m in Series B venture capital funding in a round led by Menlo Ventures with participation from Greylock. The company will use the new funding to double the size of its machine learning and data science teams