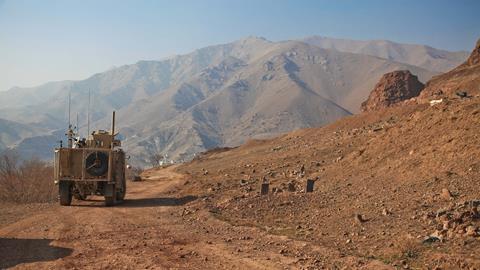 Email sent by officials potentially compromises safety of Afghans who may be eligible to relocate to the UK.

An investigation has been launched into a data breach involving the email addresses of dozens of Afghan interpreters who worked for British forces.

Over 250 people seeking relocation to the UK - many of whom are in hiding from the Taliban - were mistakenly copied into an email from the Ministry of Defence.

The email which was sent by the team in charge of the UK’s Afghan Relocations and Assistance Policy (ARAP), contained the interpreters’ email addresses, names, and linked profile images.

One of the email recipients told the BBC: “This mistake could cost the life of interpreters, especially for those who are still in Afghanistan. Some of the interpreters didn’t notice the mistake and they replied to all the emails already and they explained their situation which is very dangerous.”

Shortly after the incident, the MoD sent another email 30 minutes later with the tile “Urgent - Arap case contact” asking the recipients to delete the previous email and warning them that their email address may have been compromised.

Reportedly an official at the MoD has been suspended and an investigation has been launched into the breach.

Speaking in the Commons, Defence Secretary Ben Wallace said: “I apologise to those Afghans affected by this data breach and with Home (the Home Office) we are now working with them to provide security advice.

“It is an unacceptable level of service that has let down the thousands of members of the armed forces and veterans.

“On behalf of the Ministry of Defence, I apologise.”

The Information Commissioner (ICO) has begun making enquiries with the MoD.

Don’t miss out on PrivSec Global today, where industry experts will discuss data breaches in the ”Data Breaches: The Brand Battle for CMOs After Your Data is Breaches (Sponsored by Wired Relations” at 10am BST | 11am CEST.

Save your seat now