Kane Umeh has extensive experience in Internal Audit within Telecommunications and Media companies, most recently, as Head of Audit, BT Group, accountable for oversight and delivery of the Group Internal Audit’s strategy and programme of assurance over BT’s subsidiary, Openreach. His work helped strengthen the risk management and controls framework in key areas of the business including multi-billion pound investments in Network Fibre infrastructure.

Prior to the role, he was the Group Internal Audit’s Lead on regional finance with a remit of assurance over BT entities across the UK, pan-Europe and Asia including subject-matter areas of Competition Finance, Finance Transformation, and Sarbanes-Oxley Compliance. He frequently led special reviews for the C-suite including notable ones as BT’s Charges to the London Organising Committee for the Olympic and Paralympics Games (LOCOG).

He started out his career as an external auditor with KPMG LLP and after gaining a Masters degree in Economics, took a curious interest in Internal Audit whilst working at leading games publisher, Take-Two Interactive Software Inc. The interest quickly became firm having worked on a broad range of projects within a short period, from traditional control reviews to specific advisory on strategic matters. Seeing how the work supported the company’s success he has since been passionate about risk-focussed assurance and believes that Internal Auditors have a critical role to play in the success of an organisation particularly in helping them be smart with risk. 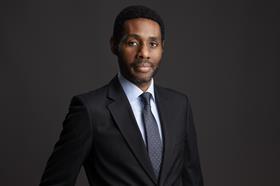 Digital Transformation and the Future of Internal Audit