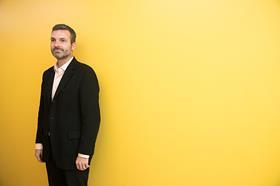 David Carroll works in public at the intersections of advertising, design, journalism, technology, policy, and politics where big data and data ethics collide. Known for challenging Cambridge Analytica in the UK courts, triggering the only criminal prosecution by the Information Commissioner’s Office, his quest to repatriate his voter profile under British law is chronicled in The Great Hack(2019) on Netflix. A recovering tech entrepreneur, he worked his way deep into the industry from the first dot-com boom-bust through to the Cambridge Analytica cataclysm. He has written for WIRED, Motherboard, The Guardian, Quartz, Boston Review, appeared on The Open Mind by PBS, and presented at TedX Mid-Atlantic, NYC Media Lab, and others. An associate professor at Parsons School of Design, he teaches in the MFA Design and Technology graduate program which he directed from 2010-2013.